A first look at the brand's fifth Florida property, which opened on Mar. 3.

After her divorce from pharmaceutical heir Eli Lilly, Evelyn Fortune married the widowed Chicago artist Frederic Clay Bartlett in 1931. The pair soon began frequenting his property in then-rural Fort Lauderdale, with Evelyn lending her own eclectic aesthetic to the Caribbean-inspired residence known as the Bonnet House. She also enjoyed tending to the sprawling tropical gardens — bringing back plants from her world travels, and even adopting a troop of monkeys. Mrs. Bartlett wintered there into her advanced age, protecting the estate from developers as Fort Lauderdale rose up around her. Her death in 1997 was considered the end of an era.

"She really was the lady of Fort Lauderdale," Mazen Saleh told me when I visited from New York ahead of the property's opening. "We felt like there wasn't really a better way to represent the spirit of the place." Saleh, general manager of the new Four Seasons Hotel and Residences Fort Lauderdale, was telling me about the "Bonnet House" — a signature cocktail named after the nearby estate (now on the National Register of Historic Places). Many involved in the hotel's development visited the museum and botanical garden to learn more about the city's history; the lead mixologist took the opportunity to track down Evelyn's daiquiri recipe. Evelyn was known to make it by the pitcher, using the Rangpur limes that grew on the grounds.

The new Four Seasons opened on Mar. 3 on Fort Lauderdale Beach Boulevard, joining the brand's four existing Florida properties in Palm Beach, Miami, Surfside, and Orlando. The splashy opening might be somewhat of a surprise in this laid-back enclave 30 miles north of Miami. "It's been a while since the last luxury property opened here," Saleh explained, hence the desire to make sure the property feels in harmony with Fort Lauderdale at large. "It's been heartwarming to see the welcome we've gotten from locals," he continued. "The city's ready for it."

The hotel occupies a bright-white building designed by Miami architect Kobi Karp, with 22 stories of curved lines and wraparound terraces — reminiscent of the yachts that make this one of the boating capitals of the country.

"The location is unbeatable," architect Martin Brudnizki, whose design studio envisioned the hotel's restaurant and outdoor spaces, said. "I feel that Fort Lauderdale straddles the elegance and tradition of Palm Beach and the vibrancy of Miami."

Tara Bernerd, whose firm oversaw the design for the guest rooms and public spaces, was also excited by the possibility of Fort Lauderdale. "It was so different from what people told me," she told me of her first visit to the city. "Being able to cross the road from any hotel onto the beach, with the beautiful palms, reminded me almost of the Croisette in Cannes. Even though it's much closer to the Bahamas, there is that nostalgia of the Riviera."

Both heavy-hitting designers wanted to nod to that nautical nostalgia in a subtle way. At the restaurant, Brudnizki makes use of linens, sea grass, and marine colors that complement the ocean vistas from the dining room. For the 189 rooms and suites, Bernerd brought in brass accents and lacquered wood — calling to mind the sleek detailing on a Riva yacht — as well as stone floors, wicker headboards and sliding doors, and a palette of blues in some rooms, dusky blush and turquoise in others.

In each guest room, a low console shelf stretches along a full wall, then curves out into a sculptural window-facing desk with water views — whether it be the Atlantic or the city's famous canals and intercoastal islets. Bathrooms are stocked with Le Labo products in full sizes (there are no single-use plastics on property). The building is also shared with a number of residential units; those interested in an apartment-style stay can book hotel residences through Four Seasons' rental program.

Also designed by Tara Bernerd & Partners is the expansive wellness center, which includes a serene spa and ocean-view gym complete with "fitness wall" for virtual solo workouts. Two pools (and plenty of sunny lounge space) can be found on the third-level main deck, where Brudnizki took advantage of "the unbroken views of the ocean beyond." The platform seems to jut out over the Atlantic like the prow of a ship.

In Four Seasons style, food is impeccable and plentiful: the lobby lounge, Honey Fitz, quickly becomes a guest's center of orbit, transitioning from morning espresso and baked goods (by knockout pastry chef Christina Kaelberer) to a lunch spread for packing up a beach picnic. In the evening, it's a moody spot for a glass from the solid list of grower Champagnes and natural wines.

The culinary program is also helping bring the broader Fort Lauderdale community into the hotel to share a meal. Reservations are already hard to come by for the standout restaurant from chef Brandon Salomon — formerly of Florie's, Mauro Colagreco's restaurant at the Four Seasons resort in Palm Beach.

Salomon's seafood-focused menu explores the cuisine of the Eastern Mediterranean: highlights from my dinner included steaming fresh pita and classic mezze (hummus, muhammara, baba ghanoush) garnished with edible flowers; small cubes of potato pavé, the chef's take on batata harra, with plenty of chili and paprika; and whole branzino stuffed with citrus and herbs, filleted tableside and bathed in smoky coriander chermoula. For a nightcap, I ordered the Bonnet House — fragrant with citrus and za'atar-infused maple syrup.

The restaurant's name? Evelyn's, of course.

For more information and to book a stay, visit fourseasons.com/fortlauderdale. 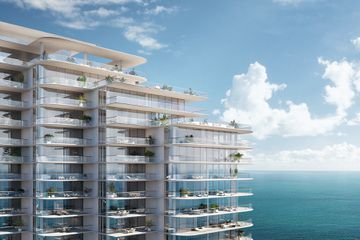 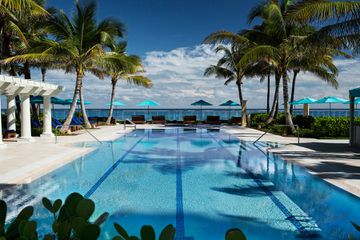 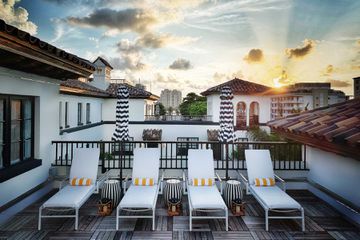 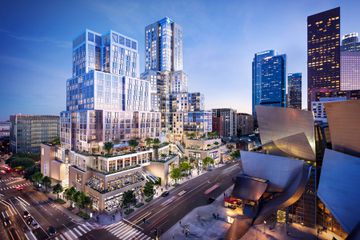