The hotel will have the first permanent location of the popular Mexican food truck Chilte.

Since the 1950s, the Egyptian Motor Hotel has been an iconic mainstay of Phoenix's arts district, right on Grand Avenue, noted for its oversized neon size and Egyptian-themed décor. Now, the retro hotel is getting new life when it reopens this spring, retaining all its midcentury charm, but upgraded with modern amenities.

The 49 rooms, which used to have spring mattresses on its coin-operated vibrating beds, now feature all-new technology, including Marshall Bluetooth speakers, smart TVs, and fast (and free) Wi-Fi. Accommodations range from offering bunk beds to king-size beds, and select rooms even have acoustic guitars.

The rooms will form a v-shape around the hotel's 250-seat outdoor entertainment venue called Egyptian Live, which will feature live entertainment from musicians, magicians, comedians, and other acts, along with a cocktail bar open nightly. Those staying at the hotel will have the best seats in the house, as the stage is viewable from their balconies.

Also on-site will be outdoor games including giant Jenga, foosball, corn hole, and submarine races in the pool. An outdoor mural painted by local artists is also in the works.

"We are delighted to open the Egyptian and become an intrinsic and active contributor to Grand Avenue's eclectic and creative corridor," Gene Kornota, a representative from the hotel's management company Rebel Hospitality, told Travel + Leisure.

"The independent spirit and creativity that exude from this community are in perfect harmony with the ethos of the Egyptian, and it's what inspired us to create a destination that could seamlessly become an integral part of downtown Phoenix's epicenter for innovators, artists, and creators," Kornata added.

But the highlight for local food lovers will be the first permanent, brick-and-mortar location of food truck Chilte, serving up artisanal Mexican cuisine from chef Lawrence Smith, who will be on the Feb. 22 episode of the Food Network's Chopped.

"We're still pinching ourselves to make sure we aren't in a dream," Chilte co-founder Aseret Arroyo said in a statement released to T+L. "At Chilte, food serves as a source of connection to each other and our communities. It's a universal language that brings us all together. We're ecstatic to showcase our creativity at the Egyptian."

The restaurant will feature new items, including a mole flight with three different mole sauces inspired by the chef's travels to Mexico, and an elote cheesecake, with Mexican street corn, Mezcal, chili, fruit, corn, and queso.

There is not an official reopening date for the Egyptian, but you can follow their progress, and book a stay when reservations go live, here. 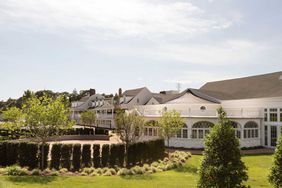 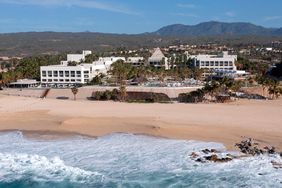 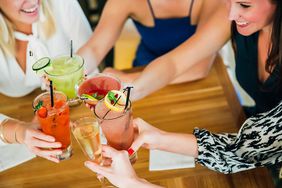