The pandemic gave hotelier Ian Schrager plenty of time to figure out his next best move.

If there's anyone with their finger on the pulse of New York City, it's Ian Schrager. The legendary entrepreneur, hotelier, and social experimenter has been a part of the city's fabric for decades — from helping create one of the world's most iconic clubs, Studio 54, in the 1970s, to introducing the very idea of the boutique hotel in the 1980s. Now, as New York City and its more than eight million inhabitants bounce back from the devastating effects of the COVID-19 pandemic, Schrager is taking a new look at his city — and the locals who have reclaimed it.

"What you're seeing in the streets of New York right now are people who live here — real New Yorkers," Schrager told Travel + Leisure in a recent video interview, reflecting on the city's energy after months of isolation, closed bars and restaurants, and essentially no nightlife. "We're seeing a lot of great energy from those people who choose to live here."

While the streets of NYC feel lively and vibrant again, it's important to remember that, for months last year, those same streets sat practically motionless. But for Schrager, that time was spent doing what he does best: reinventing what he has already reinvented before. "I found the past year not [to be] a lost year, but a found year — a once-in-a-lifetime opportunity to stop and think about what you've been doing and where you're going and to reflect upon what you might want to do better," he said.

The outcome of those reflections was the reinvention of Public, the Lower East Side hotel that Schrager claims is his "most important idea to date." Made famous by its iconic glowing amber escalators seen in countless Instagram photos and Cecily Strong's SNL opening credit, the hotel originally opened in 2017 around the simple idea of "luxury for all." That idea, according to Schrager, never came to life as he imagined. "I don't think that I communicated it with enough clarity to the people what I was trying to do and accomplish. Things change, everything changes, and the very notion of luxury changes."

And although a luxe vibe is in the Public's DNA, safety is also paramount to the hotel as Schrager announced that the COVID-19 vaccine will be required for all guests, visitors, and staff.

According to the hotel, "luxury for all is built on [four] key pillars; modern, rethought service; sophisticated style; a unique, fun experience; and value." Rethinking service, Public has made the entire check-in process "invisible," allowing guests to head straight to their rooms using a smartphone. The hotel also introduced the department of Public Service, a "warm and empathetic" approach to helping guests make the most out of their stay, however and whenever they need it, inspired by tech companies like Apple and Amazon.

"I think the way the tech companies think about things — they throw out all the old rules, they rethink it, and they come up with something that's focused on the customer relationship," Schrager said. "One of my daughters had ordered something from Apple and it wasn't working quite right and she posted about it," he explained, adding that within five minutes, the most valuable company in the world sent her an email asking how they could help. "That's customer service. That's luxury."

Schrager is also redefining luxury at Public through its updated food and beverage offerings, bringing together chefs Diego Munoz and John Fraser to helm the upscale but laid-back Popular and casual Cantina & Pisco Bar. At Popular, chef Munoz serves a tantalizing menu of pisco cocktails and mouthwatering ceviches alongside New York strip steak and hearty duck leg fried rice. The less expensive and more casual Cantina & Pisco Bar serves fresh seafood, pisco cocktails, and has "the only freestanding ceviche bar of its kind in New York City." At night, it will also transform into a lively Latin-themed club.

"I think that we're a social species," the nightlife guru said. "We want to celebrate being with other human beings. That's the way we always were and always will be. People want more stimulation, more entertainment, more varied entertainment, like performance, cabaret, and all those kinds of things. But the basic thing of getting together, having fun, dancing, and socializing, that doesn't change — never."

For Schrager, there's no better city in the world to truly offer luxury for all than New York. "I love the fact that there are at least a dozen different areas of New York City that have a different vibe, a different karma," he explained. "The diversity creates this combustible energy. Again, equating it to a nightclub, because a nightclub is a microcosm of the world. If you have a party with only rich people, nothing could be more boring. But when you have [a] diversity of people from all different walks of life, you've created this explosion."

And if a nightclub is a microcosm of the world, Public is meant to be a microcosm of New York. It's a place where all are welcome and luxury is simply a state of mind. Public, Schrager said, "functions as a magical experience," and that starts with the people. "It's always tied to people. Some people just feel good when they make other people feel good — and that's what you have to do."

Editor's note: This interview has been lightly edited for clarity and length.

Tanner Saunders is the Experiences Editor at T+L. You can find him sipping pisco sours at Public or walking his corgi, Splenda, in Williamsburg. Follow him on Instagram @tizanner. 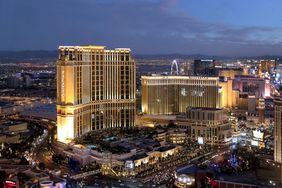 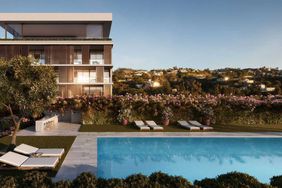 This New West Hollywood Hotel Has Massive Suites, Breathtaking Views, and the Hottest Nightclub on the Sunset Strip 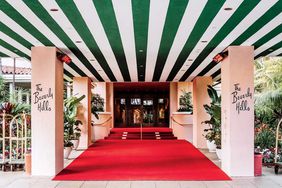 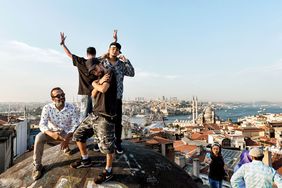