I've always believed that food tastes best when shared with friends — that is, until a recent trip to a bed-and-breakfast in Asheville, North Carolina, persuaded me that it tastes even better with strangers.

My former conviction crumbled around the cozy communal table at Applewood Manor, where over the course of a few days in mid-December, I shared a series of exceptional meals with a group of people I'd never met — an experience I'd sorely missed over the past two years of limiting most social interactions to my pandemic pod. It didn't hurt that the food was cooked by a Michelin-starred chef, either.

The magic of Applewood Manor — a brick-red New England-style Colonial Revival gem from 1912 — is in its focus on intimate, immersive experiences, which range from cycling to business leadership to guest chef events. "We couldn't be more excited to bring these world-renowned chefs to Asheville and create a unique opportunity for locals and travelers alike to interact with them in an intimate, inviting setting," says Stephen Collins, who owns and operates the property alongside his wife, Robin.

Chef Mads Refslund, a pioneer of New Nordic cuisine and cofounder of Copenhagen's legendary restaurant Noma, was the star of the inaugural chef weekend, which was designed to get those of us staying at the six-bedroom bed-and-breakfast involved in every step of the farm-to-table process alongside him. Our days were spent shopping together at the local farmers market, foraging for mushrooms and taste-testing carpenter ants (which, delightfully, tasted like citrusy blueberries).

In between activities, there was ample time to relax and enjoy the laid-back luxury of the property, which is just a short walk from downtown Asheville. The afternoon I arrived, after a tour of the home and grounds (including a separate on-site cottage), I was led to the Macintosh suite to settle in. Each room is named after an apple variety, and subtly themed around artwork from Stephen and Robin's personal collection: Some rooms skew more pastoral, while others feature maps of wine regions in France, where the couple have another "secret" property in Roussillon.

My room had all the trappings of a boutique hotel: an en-suite bathroom with a Jacuzzi tub, a retro Smeg mini fridge, a writing desk, and a coffee machine. But the dreamiest detail of all was the king-size Duxiana 6006 bed, buried beneath an avalanche of pillows, which I'd return for in a heartbeat, guest chef event or not.

Most of the rooms have private balconies as well; from mine, I admired the unfamiliar topography of the Blue Ridge Mountains — yet another charming stranger that I was delighted to meet. Downstairs, the others were getting started on dinner in the kitchen.

I joined them and got a kick out of quipping, "Yes, chef," as Refslund and his sous chef, Kane Sorrells, gave us instructions on how to help prepare dinner. They showed us how to shuck an oyster, how to get the excess moisture out of freshly churned butter, and how to turn an ant into something delicious. Everyone had something to do with their hands. We chatted and joked and drank wine as we worked; poking your head in, you'd never guess we'd all only just met.

We stood sprinkling herbs and chilis on half grapefruit globes as chef Refslund showed us how to bandage the citrus in cheesecloth to infuse the flavors; later, we squeezed them out over a tower of oysters and the tart, briny brightness stunned me speechless.

All of the food was an uncompromisingly excellent celebration of local flavors, from homemade butter topped with freshly foraged truffles and chives and paired with Robin's famous cinnamon raisin bread to beef tartare tucked under watercress and carpenter ant sauce, homemade ricotta served warm and speckled with black pepper, oysters wrapped in cabbage, slow-roasted duck over an open wood fire, and more.

But perhaps almost equally satisfying was the chance to witness chef Refslund's artistry up close, a unique experience made possible by his friendship with Stephen and Robin. Maneuvering through the kitchen, he appeared calm and collected, laughing when I asked how he managed to keep his cool with so many moving parts. "It's just a dinner party with friends," he shrugged, smiling.

That pretty much sums up the essence of Applewood — just a dinner party with friends, albeit one where you've likely never met anyone before and there's a Michelin-starred chef in the kitchen. Whether you arrive at Applewood alone, with a friend, or as a couple, it's impossible to leave as a stranger; Stephen and Robin welcome everyone like family. They've cultivated a space that's intimate and warm — literally, there are gas log fireplaces in nearly every room — and that feels simultaneously like a getaway and a homecoming.

Their goal is simple: "Offer something more than a bed-and-breakfast each day," says Stephen. "Robin and I have always had a passion for travel and all the wonderful experiences associated with visiting new places and meeting new people," he adds. The couple was inspired by some of their favorite places to stay around the world, including Soho House, Tennessee's Blackberry Farm, and Le Phébus & Spa in France's Provence region.

The latter, run by Michelin-starred chef Xavier Mathieu, is only a few miles down the road from the Collins' Provence property; they've been longtime friends of his and fans of the restaurant for more than 20 years. It's only natural that chef Mathieu is up next on the Applewood roster in mid-February for another intimate weekend of food and wine tastings and cooking workshops. (Tickets are available here.) Proof of vaccination is required, in addition to the bed-and-breakfast's heightened COVID-19 hygiene protocols.

Traveling during the pandemic has posed its own particular set of challenges, but I felt at home at Applewood, where I was able to relax knowing that proper sanitation measures were in place. That peace of mind allowed me to indulge the mysterious friendship-inducing alchemy conjured by the Collins' particular brand of Southern hospitality, which elevated the charming home into a destination that felt particularly attractive in this current COVID era. Frankly, it all came down to the communal table.

The chance to sit around with a group of strangers and wax poetic about food and wine and form new friendships while delighting in a meal that we'd spent much of the day helping put together was intoxicating. In all fairness, that may have also had something to do with the excellent and seemingly endless wine pairings, curated with a focus on producers from Burgundy and Bordeaux by Stephen and his friend, Todd Mathis, Applewood's sommelier and founder of DNS Wines.

The pair joked that they'd spent the morning foraging for alcohol while we'd been out on an excursion at Cloud 9 Farm with No Taste Like Home, where we learned how to dig for microgreens and peel mushrooms off trees. Our guide, Alan Muskat, joked that some of what we picked up was "edible, but forgettable." The same can't be said for the multicourse tasting menus that chefs Refslund and Sorrells laid out for us over the weekend. Those will stick with me for quite some time. But it was sitting around Applewood's communal table, laughing and drinking long after the last course had been cleared away, that truly fed me. 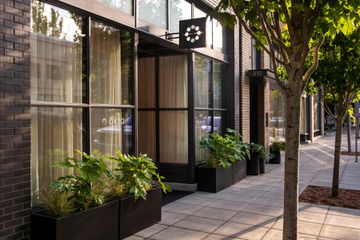 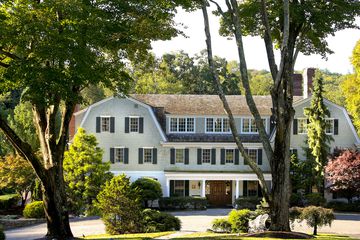