In the capital city of Panaji, add these seven places to your list.

For decades, Panaji, Goa’s capital city, was a mere blip on the map between the airport and North Goa's idyllic soft-sand beaches. Now the city is attracting travelers with creative new restaurants — a trend driven by urbanites who have moved to the country’s western coast, seeking a slower pace of life. Fresh eateries serving inventive Indian and international food have turned Panaji into its own dining destination, feeding an expanding consumer base of non-locals who are moving in.

One of the first to open was Miguel’s in 2020, sexy glass-and-metal art deco space in the Latin Quarter that serves small plates, inspired by the region’s Konkani and Portuguese heritage. Alongside is a menu featuring potent cocktails rooted in Gatsby-era New York: Manhattans, Bellinis, and Old Fashioneds. “Panjim has an old-world charm to it,” says co-owner Ankush Gujral, “so we wanted Miguel’s to be an old-world neighborhood watering hole where you could come by for after-work drinks.” It's a sentiment shared by Goan chef Pablo Miranda who opened Antonio@31, also in the Latin Quarter, as a place where he “imagined his friends would come to hang out". The menu reimagines the food of his childhood in contemporary ways. The baitfish pakoras, for instance, are a staple sundowner accompaniment in many Goan homes. Plus, there are specialty cocktails, like a seasonal drink based on fermented cashew apples. In another adjacent Portuguese-era building, Miranda also runs Makutsu, a grungy Japanese street food and yakitori restaurant. Headliners include barbecued offal of chicken, pork, and beef.

The Japanese theme continues at the newest kid on the block, the slicky designed Vedro, where local celeb chefs Maia Laifungbam and Sanchit Behl take intrinsically Indian flavors but present them using Japanese and French techniques. “The aim is to use food to remind you of dishes you’re familiar with, and do it in a fun way,” says Laifungbam. Mission accomplished for a dish called butta, that spotlights corn, including popcorn, in a sweet shiro miso brought memories of a traditional corn dish I’ve had in North India. The curry leaves in The Malabar Coast, a bourbon-centric drink, was another shot of pure nostalgia. Taking the flavor profiles further afield is Frida Cantina, a Mexican eatery that makes its masa dough for its tamales from scratch. One afternoon, as I washed a jackfruit tamale down with a Pisco sour, I found it buzzing with families, many from Mumbai and Delhi, out for an afternoon lunch. Panaji’s food scene has also received a boost with the return of Goans like Priyanka Sardessai, a Culinary Institute of America grad, whose Larder + Folk turns out melt-in-the-mouth sandwiches and a limon donut I still dream of.

Food apart, any evening on the town should include For The Record Vinyl Bar. It’s known equally for its collection of vinyls that you can pop in and listen to as for its feni-based cocktails; try the excellent sourdough pizza if the munchies hit you. Then head to Petisco for more cocktails, a post-work haunt for many local chefs.

A version of this story first appeared in the September 2022 issue of Travel + Leisure under the headline "Spice Scene." 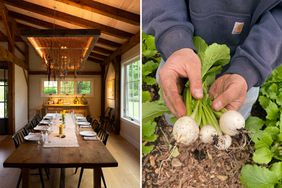 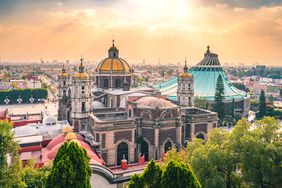 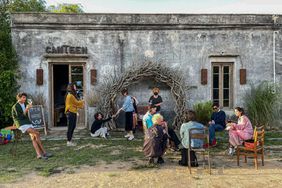