This is "The Year of Gastronomy" on the Caribbean island of St. Martin.

The scenic splendor of St. Martin is impossible to ignore: a lush landscape of green rippling skyward out of turquoise sea and beige beaches lining idyllic lagoons. But for all its natural beauty, this hot spot boasts a cultural dynamism to match. It's a unique sort of vibe owed, in part, to the fact that the Dutch and French share ownership of the island. With a border running roughly down the middle, a trip here means you'll be visiting two countries in one. Each side carries with it the flavor of its respective European parentage.

This year the French Side, in particular, is leaning into its affinity for haute cuisine. In fact, 2022 has been dubbed "The Year of Gastronomy" in St. Martin. And a record number of visitors are arriving in search of great food and drink. A bevy of exciting new bars and restaurants have opened to accommodate them, providing ample options beyond the old standbys — and lending credence to the claims made around the island that this might just be the culinary capital of the Caribbean.

Any conversation about great food and drink in French St. Martin begins with Grand Case, a beachside town along the northwest coast of the island. Although home to just 7,000 people, its main boulevard supports more than 40 bars and restaurants on a mile-long stretch skirting the edge of the Anguilla Channel.

Le Pressoir is a perennial standout along this corridor. Focusing on high-end French fare, the menu is studded with fresh caviar, rich creams, and shaved truffles. Much of it sits atop locally sourced seafood, presented with flair (sauces are poured tableside out of conch-shell decanters). And the restaurant is housed within a refurbished 150-year-old Creole cottage. The rhum bar here — with its allegiance to French Caribbean agricole — is among the most expansive selections on island. Ditto for the 250-bottle wine list.

But if you're craving something a little less polished, though no less flavorful, make your way three miles south of town to Gutside Cafe, a local's favorite for lunch or dinner. Of the nine total items on offer is a spectacular rendition of snapper, as well as barbecue ribs. Everything is served with rice and beans, vegetables sourced from the on-site garden, and a freshly fried plantain. House-made Gutside hot sauce is optional, of course, but highly recommended.

While many a smaller Caribbean island might offer but one central hub for grub, St. Martin holds a handful. In addition to Grand Case, you'd need to dedicate several more days for edible exploration in Marigot as well as in Orient Bay. In the former, you'll find all manner of vibrant "lolos," a local term for an open-air food stand. While some think of the phrase as an acronym — locally owned, locally operated — it actually refers to the name of the metal-barrel grill that most of these places use to cook up their succulent proteins.

The most notable lolos of Marigot are located right alongside the water, adjacent to the ferry terminal. Strictly Local is a new entry, earning high praise from townsfolk and visitors alike. Pair your ribs or seared fish with the famed fried bread known here only as "johnnycake." Rosemary's is another crowd favorite in town, specializing in Creole staples of both the surf and turf variety. The curry goat and stewed oxtail are as craveable as the conch and mahi mahi.

Rising from the northeastern edge of the island — home to its most stunning white-sand beach — Orient Bay has only recently established itself as a culinary hot spot. The area started getting built up in the early 2000s but concentrates an outsized load of talent into a small space. L'Atelier Bar à Viande and Poisson is a bright, shining star of the scene. Commanding the metropolitan verve of an accomplished Parisian brasserie, this bustling eatery is a masterclass in French protein, like dry-aged beefs, expertly seared duck, and foie gras. And, oh yes, there's baguette and butter for days.

Les Galets is the notable newcomer in this part of town. The bed-and-breakfast features a sleek series of bungalows and villas surrounding Table d'hôtes, another Parisian-inspired restaurant worthy of significant acclaim. Spice up a stay here with a day trip to Pinel Island. Small boats depart hourly out of Orient Bay, whisking you less than a half-a-mile offshore to the nature preserve ruled by iguanas and piña coladas. The former roam freely across the beach, the latter is served with burgers at Karibuni, a beach bum's paradise with tables and seats literally set in the sea.

To really take your culinary experience to whole other level, however, you'll want to hike (or drive, preferably) your hankering to the top of the mountain. La Villa Hibiscus is a picturesque dining destination literally under the shadows of Pic Paradis — the highest point on St. Martin. It is owned and operated by chef Bastien Schenk and his wife Sabine. Schenk trained under Joêl Robuchon back in France, before moving back to the childhood home of his wife. Together they execute a daily tasting menu worthy of the finest cosmopolitan comparisons, while you overlook the entirety of the island spilling out into the Caribbean Sea below.

Not to be outdone, La Samanna, A Belmond Hotel, is now fully embracing the multi-sensory wonders of experiential dining. The property hugging the cliffs above its own private beach is home to an elevated French bistro called L'oursin. A refined vichyssoise as well as a sturdy seafood cassoulet are always a winner here. But if you arrive at the right time, you can book multi-course tastings in La Cave —the oldest wine cellar on the island. An impressionist dining series allows you to eat dishes visually inspired by French artists, including Henri Matisse and Sir Roland Richardson.

St. Martin is certainly living up to its 2022 promise of a year of gastronomy. Indeed, if you're planning a trip in the months ahead, there'll be no shortage of great meals to pair with the world-class panorama. Just don't expect all this momentum to slow once the year is over. Whenever you arrive, you'll find it hard to dispute the notion that this is, in fact, the culinary capital of the Caribbean. 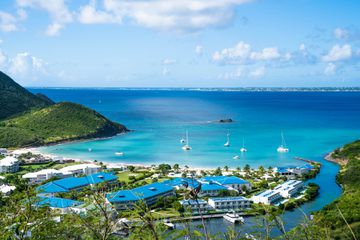 This Caribbean Island Has a Famous Luxury Hotel, a Waterfront Airport, and the 'Most Extreme Beach in the World' 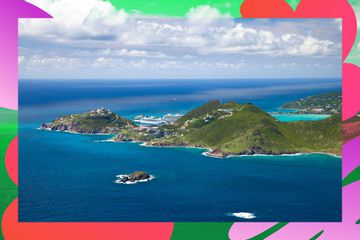 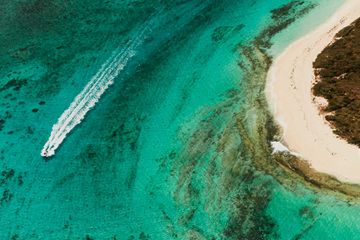 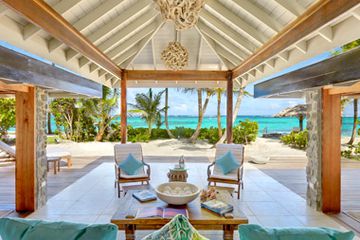 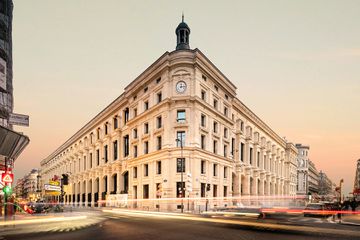 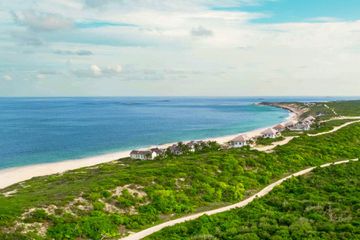 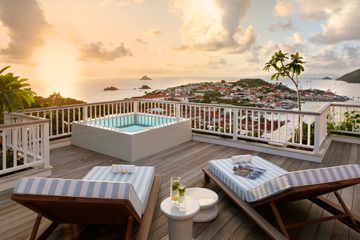