Guy Fieri wants you to upgrade your sandwich routine with the help of King's Hawaiian bread.

Crunchy. Cheesy. Creamy. Savory. These are all words you could use to describe one of the best and most comforting sandwiches on the planet: the grilled cheese.

Lots of people have opinions on what makes the best grilled cheese — whether it's the types of cheese (or cheese blends) to use, using butter or mayo for the skillet, or what type of bread to use. And in honor of National Grilled Cheese Day (April 12), Guy Fieri has teamed up with King's Hawaiian to bring you a mac-and-cheese grilled cheese that truly brings your favorite sandwich to the next level.

If you're not already familiar with King's Hawaiian bread, let's just say that you're missing out on some truly delicious carbs. King's Hawaiian is a Hawaiian sweet bread, meaning that it's soft and fluffy with a slightly sweet taste. In terms of texture, it's a little like a brioche but it comes in all kinds of varieties, including dinner rolls and sliced bread.

Naturally, it's a great choice for grilled cheese.

Luckily, Fieri has the perfect (and simple) recipe, which can be found on the King's Hawaiian website, that involves two pieces of provolone and a healthy scoop of mac and cheese for a creamy mix of cheesy goodness. The mac and cheese is a basic cheese sauce (also in the sandwich recipe) and cooked macaroni that anyone can easily recreate. In a live sandwich making demonstration with T+L, Fieri added some pre-cooked sausage, sandwiched it all between two pieces of King's Hawaiian sliced bread, and cooked it in a campfire pie iron (or sandwich press). A panini press or cast iron skillet is also perfectly fine to use, too.

"What's the sandwich you remember eating the most as a little kid? Or what's one of the first sandwiches you remember eating? Peanut butter and jelly and grilled cheese," Fieri told Travel + Leisure in a video chat. "I think the grilled cheese is one of those experiences that it was fun to eat, it was cheesy, it was creamy, it was crunchy, it was salty, it had, if you were using really good bread like the King's Hawaiian, it had great texture."

Fieri added that it goes great with a tomato soup or ketchup (as he ate it when he was a kid), and it's customizable to suit whatever your tastes are, be it with cheese alone, sausage, ham, or even something creative like tikka masala. Truly, one of the quintessential comfort foods out there.

With all this talk about sandwiches, T+L had to ask the Diners, Drive-Ins, and Dives host/chef/restaurateur where to find the best, under-the-radar places across the country to get some delicious food. But unsurprisingly, Fieri had a more all-encompassing view of American food culture today.

"I wish I could tell you that I have found the hidden gem. What I really have to tell you is the food scene in America has exploded to a level that I didn't know was coming," Fieri said in the interview, explaining that types of food (like good Tex-Mex or Cal-Mex, or good lobsters and clam chowder) used to be very regional –– but today, that's not really the case. "The food world has exploded [and] people become so much more educated."

So, how do you find the best food places in a new destination? According to Fieri, who has become a veritable champion of small, local restaurants, you should go off the beaten path.

"What you should do when you roll into a town is not just go down the main street of the town and say, 'Oh, these are the restaurants I want to eat at.' Go two streets over, and you'll find some little mom and pop shacks that are doing some food that'll blow your mind," he said, emphasizing that "every little town and area" has its own food scene and little, local places that residents absolutely love more than chains.

Furthermore, choosing a favorite place or food can be almost impossible if you're a foodie and can often depend on where you are and what you had last.

"When you go to a concert, and you're standing there or you're sitting there, and they play your favorite song, or you're with really good friends and you're having a couple drinks and you're hanging out. You're there in the moment and you're like, 'Ah, this is it. This is like the best time ever'," Fieri said. "And then you have that same experience two or three months later."

He could, however, pinpoint his favorite style of sandwich (besides a grilled cheese, of course), and it is tied to one of the best, classic food cities in America: Chicago. "Hot Italian beef," he said. "[It's] basically like a French Dip, but with hot peppers on them, hot Italian peppers on them. My gosh, my mouth is going –– I want one right now. And everybody in Chicago has their style of how they do it. They're all similar but they have uniquenesses about them. The hot Italian beef is kind of like the Philly Cheesesteak is to Philly, [but] in Chicago."

Fieri has been in the news quite a bit recently, mainly due to his role in helping to support restaurant workers during the pandemic, and perhaps in a more tongue-in-cheek way, because of a petition that went around last June that proposed renaming Columbus, Ohio (Fieri's hometown) as Flavortown in an effort to distance the city from its namesake's problematic history.

On that note, Fieri was both amused and humbled by the petition. "I thought it was very neat. Very interesting. I think that there's, of course, so many other people and so many other pieces of history that would more rightly deserve that honor than me," he said. "The residents of Flavortown are a powerful, powerful group, and I appreciate getting nominated as the 'mayor' of such a group...When they start firing themselves up that they think they should name after it –– I say, thank you, but it's much more deserving to go to somebody else."

National Grilled Cheese Day is the perfect time to learn a new recipe and do a little celebrating, especially after a year at home. "We've got a lot of celebrating to do. We've had a real tough year. And we're starting to open up and the weather's getting better, fortunately," Fieri said. "These King's Hawaiian folks, they have no boundary of having a good time and having fun. So, here's a great way to start it."

More information and recipes from Fieri himself can be found on the King's Hawaiian website.

Interview portions from this article have been edited for brevity and clarity. 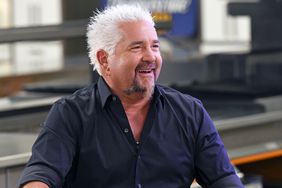 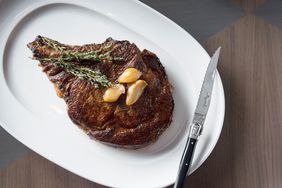