And there's just as much Champagne and caviar as you'd expect.

Last Friday in Sin City, Tao Group Hospitality reopened Tao Beach Dayclub at The Venetian. Tao's three-story complex within The Venetian already features a restaurant, nightclub, and dayclub, but the newly debuted Tao Beach, a 47,000-square-foot playground in the heart of Las Vegas, cost $50 million and took two years to complete, according to Tao Hospitality Group co-CEO Jason Strauss. But the space, which was gutted, rebuilt, and redesigned by Rockwell Group and is now reminiscent of a Balinese oasis, was well worth the wait.

Naturally there are pools, daybeds, and 29 cabanas, but for those looking for the ultimate luxury experience, we recommend securing one of the 13 jungle cabanas that come complete with access to private plunge pools. Beyond the aesthetics, Strauss told Travel + Leisure that he is most "excited about elevating the culinary offerings found at dayclubs." And given the access to Tao's kitchens, that goal has been achieved. Think: caviar-topped Rangoon crab dip, Peking duck melts, and perfectly executed sushi rolls. From a beverage standpoint, expect to find a wide selection of tropical cocktails and bottle service packages, which run up to $25,000 for three-liter bottles of Ace of Spades Champagne.

The completion of Tao Beach actually concludes The Venetian's pool deck renovation, but there's still plenty more in store for this 7,000-room property. The Venetian was recently acquired by Apollo Global Management, whose chief content officer Michael Gruber noted that there are more opportunities than ever "now that new eyes and people are involved."

Gruber was one of the visionaries behind some of Las Vegas's most iconic music residencies (i.e., Britney Spears and J.Lo) and played a pivotal role in bringing TV shows like Love Island and Gordon Ramey's Hell's Kitchen to film in the city during the pandemic.

Now that Tao Beach is open, Gruber hinted that there are "other opportunities for the future" at The Venetian. Specifically, he told T+L, "We are looking to add value and focus more on entertainment in addition to increasing business after 9:30 p.m."

Japanese chef Tetsuya Wakuda, behind Michelin-starred restaurants in Asia and Australia, will open his first U.S. outpost here this summer. As for entertainment, Gruber said, "the property has produced 70-110 shows per year for the last five years, [but will increase] that to 700 to 1,000 shows a year. That, on top of a beach club, as well as food, beverage, and gaming, will help draw even more people to the property." 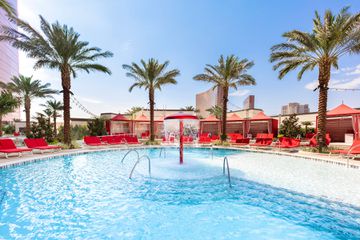 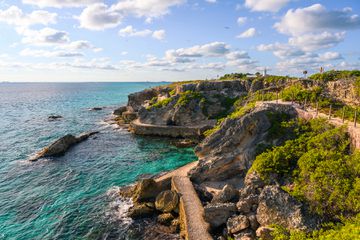 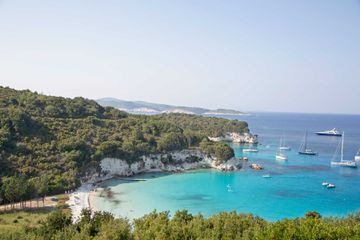 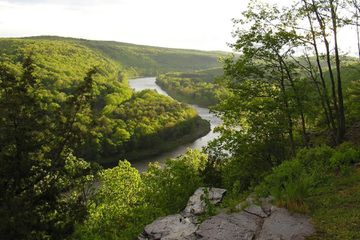