There are currently more than 900 people waiting on reservations at La Noxe.

Here's one subway station where New Yorkers can do more than just catch a train.

At the southeast corner of 28th Street and Seventh Avenue, there's a door on the platform between the staircases to the 1 train that leads to a hidden bar serving up a chic vibe along with $17 cocktails. And with a list of more than 900 reservation requests, it's also turned into one of the most coveted tickets in town.

Meet La Noxe, the brainchild of Jey Perie, who was the founder of the former Williamsburg dance club Kinfolk. "[In] early 2019, I was looking for any interesting locations that would allow me to develop my own take on a nightlife establishment," he tells Travel + Leisure of the space that he first saw in The New York Times commercial real estate section. "I lived in Tokyo for six years and was impacted by the restaurants, bars, and clubs I frequented while I was there." As soon as he came across the space underground at 28th Street, he instantly knew that was the spot.

Perie transformed the overlooked venue at 315 Seventh Avenue, bringing in his global experiences from Tokyo and Barcelona and mixing it with the '70s style of Mexican architect Luis Barragán to create an "oasis of cultures and influences," he describes. After working with the city's MTA and Department of Buildings, he got all the necessary permits and licenses on March 17, 2020 — but as luck would have it, that was when the city shut down as the pandemic set in.

Instead of debuting the bar, on June 9, 2020, the secret door was open, serving coffee, sandwiches, and fresh cold-pressed juices, while also offering cocktails and to-go wine with food purchases. After the delay, the bar opened in October by reservation only. But after 12 weeks, there was a pause again before reopening on Feb. 15.

La Noxe is now serving food and drinks Tuesdays through Saturdays from 6 p.m. to 11 p.m. But even if you know where to look, getting a reservation is the bigger challenge, since the venue can only hold 15 people at a time right now due to COVID-19 restrictions. "Every day, we are hosting amazing new guests, many of whom I hope will become regulars," Perie tells T+L. "Our goal is to build a strong community of people who love great food, cocktails, wine, and music." He adds that the goal is to eventually open until 4 a.m. to truly embrace the nightlife scene. "We are definitely not trying to be a tourist attraction," he says. "We believe the right people will always find their way to La Noxe."

Perie says the focus of La Noxe is its drinks, but it's the atmosphere that truly stands out. "The size and location of the room will make you feel like you are partying for a few hours in the apartment of an eccentric artist circa 1977," he says. "But first and foremost, La Noxe is a New York experience." 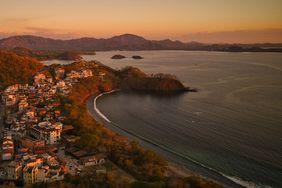 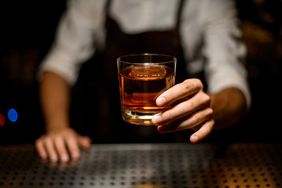 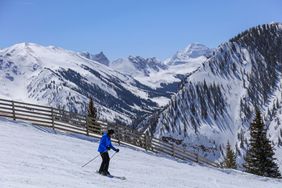 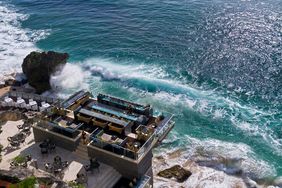 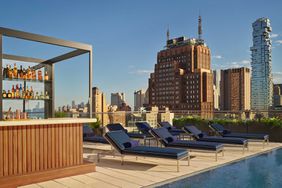 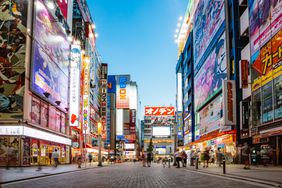