The most wonderful time of the year is upon us — Cyber Week, that is. And this year, the savings are starting much earlier than expected as major retailers like Amazon, Nordstrom, Target, Samsonite, editor-loved Ebags and more are treating shoppers to hundreds of pre-Black Friday deals.

If you’re an avid traveler, you’ll be delighted to know that there are tons of markdowns on top-rated travel gear and accessories. So, whether you’re looking to give your gear a refresh before your next trip, or if you’re stuck on what to get the jet setter on your list for the holidays, there are plenty of early Black Friday deals for travelers that will help you.

Some of the best pre-Black Friday discounts are on suitcases, luggage sets, and travel bags including carry-on backpacks and multipurpose duffels, which are up to 60 percent off. Shoppers can also score big on must-have organizational items such as packing cubes and toiletry bags, as well as products to make traveling more comfortable like neck pillows — with prices starting at just $20.

If your gear is all set, there are impressive markdowns on popular, travel-friendly tech items like Apple AirPods Pro, smartwatches, travel-friendly tablets, and Bluetooth tracker tags, which are up to 34 percent off. And, of course, there are plenty of chances to save on cozy loungewear, activewear, and pain-free footwear to support you through long travel days and vacation..

With so many retailers stocking their sale sections ahead of Black Friday, it can be overwhelming and time-consuming to scroll through all of the discounted items for the best deals, so we did the work for you. Keep scrolling to shop the best 125 deals for travelers that you most definitely will not want to miss out on.

Right now, Amazon is treating travelers to up to 30 percent off everything from carry-on suitcases to luggage sets from Samsonite and Travelers Club to match any travel style and trip length. You can also score the top-rated Veken packing cubes set — yup, the one that helps shoppers save almost double the space in their bags — for $23. The Apple Watch Series 7 Smartwatch is currently 30 percent off and its lowest price in 30 days. And, there’s comfy, travel-ready loungewear for women and men starting at $20.

Ahead of Black Friday, Nordstrom is treating shoppers to up to 60 percent off select luggage, travel accessories, and loungewear for men and women. Top-rated bags from Ted Baker London, Vacay, and Tumi are up to 40 percent off for a limited time. We also noticed comfy and sleek activewear and footwear that strikes the perfect balance of casual yet put-together from Alo, Adidas, Nike, and Nordstrom-favorite brand Zella on sale for up to 60 percent off.

Nordstrom Rack is normally our go-to for discounted travel finds (especially on designer and name brands), and it’s pulling out all the stops for its pre-Black Friday sale. Travelpro luggage is up to 67 percent off, and you can also score helpful packing cubes starting as little as $38. There are also travel bags and accessories from Longchamp, Timberland, Madden Girl, Tumi and more starting at $20. And, if you’re on the hunt for the perfect gift, we found plenty of solid contenders: Ugg slippers, Amicale cashmere travel scarves, and Sorel winter boots are up to 44 percent off.

The Macy’s Black Friday Early Access Sale is in full swing, bringing travelers massive savings on top brands like London Fog, Travelon, and Samsonite, which are up to 65 percent off. And, for an additional 15 percent off, you can use the code BLKFRI for 15 percent off select travel accessories and bags — like this six-piece packing cube set from Miami Carryon that’s now just $12. If you’re all set in the travel gear department, check out Macy’s early Black Friday deals on women’s and men’s clothing and footwear, which includes soft sweaters, cozy loungewear (including some festive picks for the holidays), winter jackets, and boots for up to 50 percent off.

Target shoppers can get into the holiday spirit early this year with hundreds of early Black Friday deals across every category — with some of the most impressive savings happening on travel-approved electronics. Right now, Apple AirPods Pro are up to 32 percent off, which fans know is a rarity. And, if you’re shopping for a tech-savvy traveler, you can score gifts like the GoPro Hero8 Action Camera or JBL Go3 Wireless Speaker for up to 40 percent off. Prices on select luggage sets, hardside suitcases, and travel-ready bags begin at $20.

Over at Walmart, reviewer-loved travel tech like the Apple AirPods Pro, which are currently $159 are the lowest price we’ve seen them. The Samsung Galaxy Tab S6 and Canon EOS Rebel Digital Camera have been marked down up to 30 percent. You can also grab the Cloudz Microbead Travel Neck Pillow, which comes recommended by T+L editors, for just $14. And, there’s plenty of cold-weather outerwear for men and women, especially if you’re stuck on what to get the outdoorsy adventurer on your list; prices start at $30.

If your travel footwear wardrobe is in need of refreshing, Zappos has the early Black Friday deals that you’ve been waiting for. Currently, running sneakers, Chelsea ankle boots, hiking shoes, and more are up to 30 percent off from top brands like Hoka, Columbia, Merrell, L.L. Bean, Adidas, and more. In fact, there are even markdowns happening on sneakers from royal-loved footwear brand Superga, with prices starting at $69.

Travelers can enjoy 25 percent off eBags suitcases, travel bags, and accessories during the Bright Lights, Big Savings Event. All you have to do is use the code THANKFUL at checkout to score this amazing discount. The eBags early Black Friday sale is a sitewide savings event and will run until Tuesday, November 22. Make sure you check out the CTS Convertible Backpack, which is an editor-approved pick because it acts as three travel bags in one, now that it is $42 cheaper.

T+L-favorite brand Samsonite is also helping shoppers find the perfect gift for the travelers in their lives by offering up to 25 percent off sitewide. This early Black Friday sale will run until Tuesday, November 22, and we noticed plenty of editor-loved items marked down, like the Freeform Carry-On Spinner, which earned the top spot in our Best Carry-On Luggage list.

If your travel bug manifests in the form of hiking, camping, or skiing, then you need to check out REI’s early Black Friday deals on outdoor gear, travel bags, sports equipment, and cold-weather activewear and footwear. This is your chance to score up to 40 percent off on items like Patagonia fleece sweaters and vests, insulated winter jackets, Merrell hiking boots, and more. 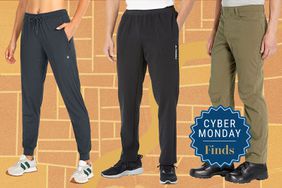 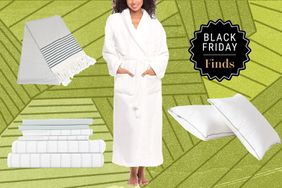 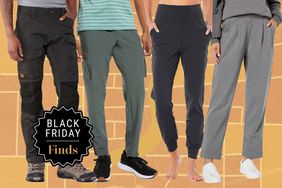 I Shop Amazon for a Living, and These Are 20 Early Black Friday Deals I’m Gifting This Season 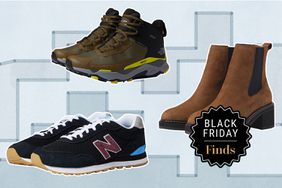 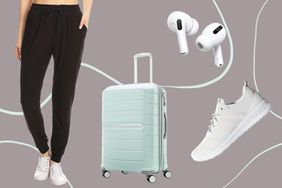