This Gorgosaurus will make its public debut at Sotheby's in New York City on July 21 before heading to auction a week later.

For the first time in more than 20 years, Sotheby's is auctioning away a full-size dinosaur skeleton. The 10-foot-tall, 22-foot-long Gorgosaurus will be the first of its kind ever offered at auction — and it's expected to make history.

The Gorgosaurus will make its public debut at Sotheby's in New York City on July 21. According to Hatton, a Gorgosaurus has never before been offered at auction. And this specific one is quite special. It was excavated in 2018 in the Judith River Formation in Montana and is renowned for being "remarkably pristine," according to a press release shared with Travel + Leisure.

The dinosaur will remain on view to the public for free until its auction, set for 10 a.m. on July 28. It is estimated that the dinosaur will sell for $5 to 8 million, making it one of the most valuable to ever appear on the market.

"In my career, I have had the privilege of handling and selling many exceptional and unique objects, but few have the capacity to inspire wonder and capture imaginations quite like this unbelievable Gorgosaurus skeleton," Cassandra Hatton, Sotheby's global head of science and popular culture, said.

Paleontologists believe that the Gorgosaurus reigned over Western North America during the Late Cretaceous period, about 77 million years ago. Its name means "fierce" or "terrifying" lizard and the animal was an apex carnivore, believed to have been the best hunter of its time.

A typical Gorgosaurus adult male would have weighed up to two tons. It prowled around the land using its serrated teeth, acute sense of smell and remarkable eyesight to hunt its prey.

The dinosaur is a close relative of the Tyrannosaurus rex, although it older and much more terrifying. The Gorgosaurus would have reigned about 10 million years earlier than the T. rex, and although it was slightly smaller in size, paleontologists believe that it was faster and had a stronger bite.

The last time Sotheby's auctioned away a dinosaur skeleton was in 1997 when Sue the T Rex went to the auction block and sold for $8.3 million at the time, according to The New York Times. 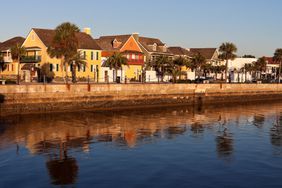 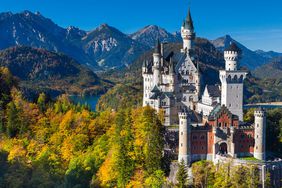