Explore the most mysterious smile of the art world — 'La Joconde' will officially become immersive art this year.

After the phenomenal success of immersive art exhibitions dedicated to artists such as Vincent Van Gogh, Frida Kahlo, and Monet, Leonardo da Vinci's "Mona Lisa" is getting its own interactive experience.

The Louvre and Grand Palais are teaming up on a unique digital show dedicated to the most famous painting in the world slated to run at the Palais de la Bourse in Marseille, France from Mar. 10 until Aug. 21, 2022. The exhibition, called "La Joconde" (the French name for the painting), will feature six themes that reveal details about the painting's history and "the genius of its creator," according to the Grand Palais's website. The experience will explore topics such as what makes this 500-year-old painting a modern icon, how its mysterious smile inspired other artists, its composition, and da Vinci's masterful technique. At the same time, visitors will have the rare opportunity to see a projection of the iconic portrait from up close (because, let's face it, the crowds at The Louvre are no joke).

The event promises to be one for the books judging by the names behind it. The Louvre's chief curator for paintings, Vincent Delieuvin, serves as scientific advisor, with scenography by Sylvain Roca, who's worked on dozens of interactive exhibits, including Grand Palais's "Pompeii" and "Claude Monet Genius Loci" in Hong Kong.

Immersive exhibitions, while not a high-brow experience according to some art critics, have proven to be immensely popular to the general public. The Grand Palais, which is currently undergoing an extensive renovation set to be completed in time for the 2024 Paris Olympics, will dedicate a permanent space to digital shows in its new venue. That's why the organization Grand Palais Immersif, the co-collaborator of the Mona Lisa exhibit, was created. The organization is also working on similar projects in Venice and Prague. Its goal is to stage "digital exhibitions which are relevant to our time, combining creativity, new approaches to art histories… that can generate large audiences in France but can have also an appeal and interest worldwide," Roei Amit, the director of Grand Palais Immersif told The Art Newspaper. 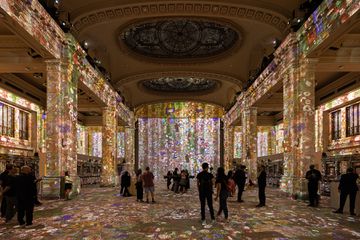 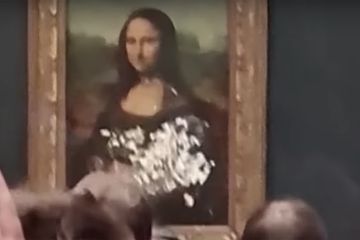 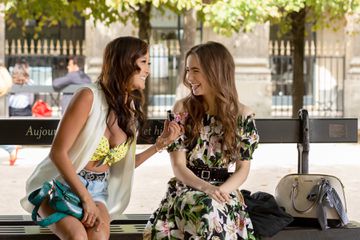 Locations From 'Emily in Paris' You Can Visit in Real Life 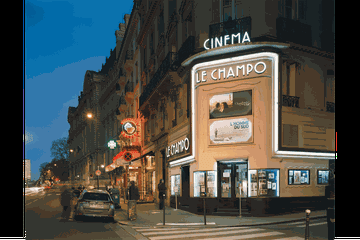