Prince Harry has been known to follow in his wife's acting footsteps.

Since stepping down as senior members of the royal family a few years ago, Harry and Meghan have made major moves, both physically — moving from the United Kingdom to Canada followed by Los Angeles — and figuratively with their careers.

Meghan was the first to re-enter the Hollywood scene, recording a voiceover for Disney's "Elephants" documentary, followed by Harry's turn in a very special episode of Thomas the Tank Engine.

Harry lent his voice to the episode "Thomas & Friends: The Royal Engine" to honor the program's monumental 75th anniversary in 2020. According to CNN, the episode features animations of the Queen and Prince Charles as a child.

In the episode, which Harry reportedly recorded while still an active member of the royal family, viewers can see the prince sitting comfortably in an armchair seated next to a fireplace. He then cracks open a book titled, "Thomas and the Royal Engine."

"Thomas the Tank Engine has been a comforting, familiar face to so many families over the last 75 years — entertaining, educating, and inspiring children on important issues through exciting stories and characters," Prince Harry said in a statement. "I certainly have fond memories of growing up with Thomas & Friends and being transported to new places through his adventures." Harry added he was "proud" to be a part of the anniversary program.

According to a press statement, Harry, like his wife with her Disney role, took on the project in exchange for a donation to charity.

The 22-minute special is available to watch on Netflix in the United States. 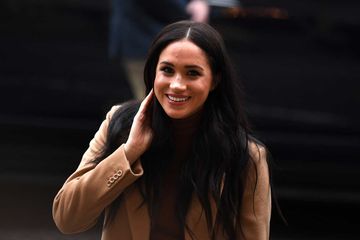 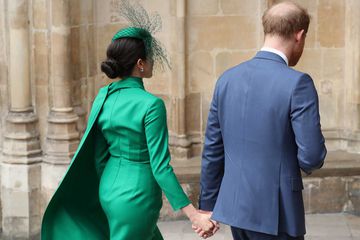 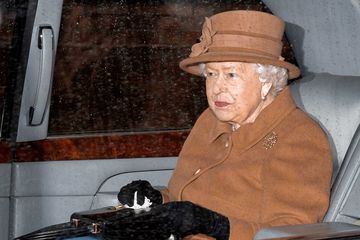