Bada Bing! The House From 'The Sopranos' Is up for Sale

One of the most iconic homes in American television is up for sale, and it looks just like you remember it.

The gorgeous New Jersey home that (fictionally) belonged to TV mafioso Tony Soprano on The Sopranos is now up for sale by (real) owners Patti and Victor Recchia for a starting price of $3.4 million, The New York Times reported.

If you’ve been looking for the perfect place to take care of the family business, contemplate your existence, or just feed the ducks that live in your pool, this house is everything you remember it to be from the show. Sure, it’s a pretty steep price, but it’s also home to one of the most interesting television characters of all time. Only a true Sopranos fan would understand.

The 5,600-square-foot, four-bedroom, four-bathroom house at 14 Aspen Drive in North Caldwell, New Jersey (not the address on the show), served as the location for the exterior shots for the Sopranos home as well as inspiration for the interiors that were shot in-studio, according to The New York Times.

TV shows often use real homes for their exterior or interior locations, which can be a hugely exciting opportunity for fans who want to buy these places later on. Real-life homes from shows like Designing Women, and more recently, The Real World: New York Cityhave been popping up as real estate listings.

The Recchias have remodeled a little bit since the show officially went off the air in 2007, but you can still recognize some rooms from the show, including the octagonal great room and the cream-colored kitchen. Though, the kitchen has a much more updated island in the center now. Perfect for gathering the family for some gabbagool.

Among its many perks, according to The New York Times, is the home's stone fireplace, a vaulted ceiling in the great room, a two-car garage, a guest house, and a curved front driveway. Of course, anyone can know all of this by watching the HBO show since the production pretty much recreated the inside of the home to a tee.

The Recchias built the house in 1987, The New York Times reported, and have met quite a few fans paying homage to the show over the years, either by recreating themed photo shoots or leaving tributes to actor James Gandolfini, who died suddenly in 2013.

There’s even an unofficial Facebook page dedicated to the house where fans can post about their visits. It’s one of the handfuls of TV locations you can visit in real life where the owners don’t mind that you’re there (within reason).

While the couple certainly has great memories of the show and the fans who came to visit after, they’re reportedly planning to move to a smaller place.

The Recchias decided not to use a real estate agent for the sale. Instead, they are asking qualified bidders to submit offers, plus proof of funds, by June 21 to the email address sopranoshouseforsale@gmail.com.

True fans can only hope that whoever ends up buying the house will keep it in its pure, Sopranos form. 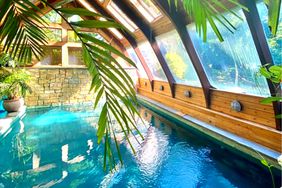 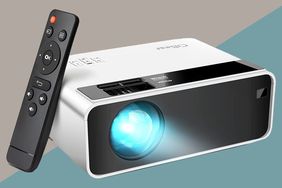 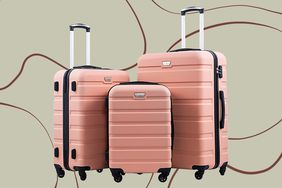 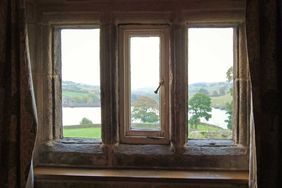