People Are Praying to St. Corona Right Now — but Is She Really the Patron Saint of Epidemics? (Video)

As relics of St. Corona's shrine are being polished in a German cathedral, the saint, who some say is the patron of epidemics — coincidentally as a virus of the same name has had a worldwide impact — there are conflicting reports as to what she really represents.

The Aachen Cathedral was already planning on bringing the shrine out from its treasure chambers as part of an exhibition on gold craftsmanship, but due to the coronavirus pandemic that has impacted the world it's making an earlier appearance, according to Reuters.

“We have brought the shrine out a bit earlier than planned and now we expect more interest due to the virus,” Aachen Cathedral spokeswoman Daniela Loevenich told the news wire.

Corona is believed to have been killed by Romans in Syria when she was 16 years old for proclaiming belief in Christianity. She is also considered the patron saint of lumberjacks because she was tied between two palm trees before getting killed.

However, some reports say that while Corona is indeed a saint, she is the patron saint of treasure hunters and has nothing to do with epidemics, a scholar told the National Catholic Reporter,noting that St. Edmund or St. Roch are the proper saints instead.

Catholic News Service also says that the similar names are "just a coincidence" as "the Latin word 'corona' means 'crown,' an indication that the young saint had achieved the 'crown of eternal life' because of the steadfastness of her faith. The connection with the coronaviruses, named because of their crown-like structure."

The Aachen Cathedral, that was built in the ninth century, has housed the remains of Corona since 997 in a tomb underneath a slab in the cathedral. They were placed in a shrine around 1911, Reuters reported.

The cathedral has also been used for coronations of kings and queens.

The COVID-19 pandemic has now infected more than 480,000 people around the world with a death toll of 22,000. There are currently more than 35,000 confirmed cases of the virus in Germany.

Germany, along with the rest of the European Union has closed its borders as a result of the pandemic. 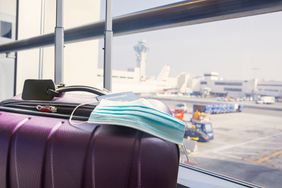 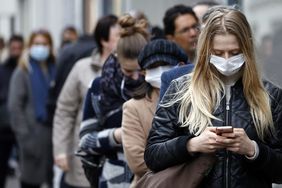