The world of Portraits de Villes is imaginative, impressionistic, and immersive.

What is Tehran? For the architect and designer India Mahdavi, it is a family piled onto the back of a motorbike; mirrored mosaics and bas-relief tulips; oranges and pomegranates rolling on a finely embossed tray. In her recent contribution to the Portraits de Villes book series, the Paris-based Mahdavi turns her lens to the city where she spent her childhood — telling its story with these images and many more.

Since 2007, Portraits de Villes has been a passion project for Clémentine Larroumet and Antoine Ricardou, cofounders of Paris architecture and creative firm Ateliers Saint-Lazare (whose hospitality clients include Les Sources de Cheverny and NoMad Hotels). "At the time, photography was all about coffee-table books," Larroumet recalls. They wanted something less showy — notebook-sized, hand-bound, with a short introduction in the artist's own words. "This is a more intimate format, more delicate. A travel journal of sorts."

Each book pairs a photographer or other camera-toting creative with a city: the usual suspects (New York, Tokyo, Dubai) as well as less-covered cultural centers like Sarajevo, in Bosnia and Herzegovina, and Addis Ababa, Ethiopia. The first featured artists were mostly friends of the Saint-Lazare founders, but as the books began appearing in chic bookstores around Paris, more people began reaching out. The series now includes dozens of cities around the world.

In a way, the destination is secondary to the artist's place in it: "We choose photographers we would like to work with, and they choose the place," Larroumet explains. "We prefer to give them carte blanche. The goal is to see the destination through their lens."

In other recent releases, Alistair Taylor-Young takes in the domes and high-rises of Cairo, and nature photographer Jonah Smith captures Aspen's still-rugged side. Coming soon: the next edition of Portraits de Villes for Kids, which will teach young travelers the basics of Rome with illustrations by tattoo artist Jean André.

A version of this story first appeared in the June 2022 issue of Travel + Leisure under the headline "Tales of the City." 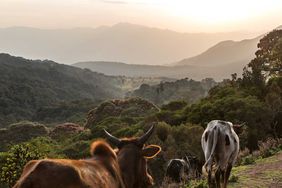 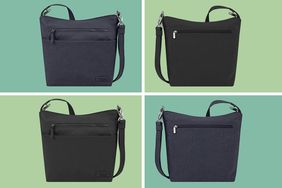