We sat down with Jayne Zanglein, the author of a new book about the Society of Woman Geographers, founded by female explorers after a male-dominated club rejected them.

After a three-month trip to Asia sparked an interest in writing about female explorers, Jayne Zanglein came across the Society of Woman Geographers. Established in 1925, the society's notable roster includes Amelia Earhart, Margaret Mead, and more. Today, it has 500 members worldwide across an extensive range of professional disciplines.

For her new book, "The Girl Explorers: The Untold Story of the Globetrotting Women Who Trekked, Flew, and Fought Their Way Around the World," Zanglein followed in the footsteps of founding member Blair Niles throughout Asia, South America, and the Caribbean, sharing what both she and Niles discovered on their journeys. Through her writing, Zanglein explains how key members of the society served as early advocates for human rights, paving the way for today's female scientists by scaling mountains, exploring the high seas, flying across the Atlantic, and recording the world through film, sculpture, and literature. She also delves into how the society's members created dialogues about the exploration of marginalized people, helping to inform us today.

We sat down with the author and traveler to talk about the society and her new book.

Travel + Leisure: Why did you want to write a book about the society?

Jayne Zanglein: "I've always liked to read books about explorers. When I came back [from my trip], I wanted to find a woman explorer to write about. Blair Niles intrigued me because she was a really progressive woman for her time. She was born in 1880, on a Virginia plantation, and yet she became an advocate for the oppressed and marginalized — I was really interested in that. And then I found out that she was one of the founders, and that made the story even more compelling."

You also retraced Niles' travels, including those she took with her first husband, ornithologist and explorer William Beebe, on his research expeditions. How did this shape your writing?

"I wanted to go see certain places that were pivotal points in the book, to figure out why she reacted the way that she did. I also wanted to experience their modes of travel. When I was in Sri Lanka, I wanted to travel by bullock cart. They cruised down the Yangtze River, so I did that. And then I spent a lot of time in South America, and I went to Latin America, following in her footsteps. I also traced her steps through French Guiana, where she wrote her book ["Condemned to Devil's Island"]. Her book, which was then made into a movie, put pressure on the French government to eventually close the penal colony there."

How did Niles and the other founding members help to form the society?

"She really wanted to create an organization that would be a sanctuary. When women came back from an expedition, they could talk to each other about travel tips and plan out new places to go to; a lot of them ended up traveling together. The [then] all-male Explorers Club wouldn't allow them to join. They didn't admit women until 1981. Carl Sagan wrote a letter to all the members and said the loss will be ours, and that the Explorers Club was not just for male bonding — that they could reach out and include women. So, the directors finally agreed to put it to a vote. And it passed."

Your book also references materials from the last century reflecting imperial and racial viewpoints. What did you take away from them?

"One thing that impressed me the most about the society was that they showed compassion and tolerance for groups that most people didn't have respect for back then. Some of them were prejudiced, clearly. But, for the most part, they traveled because it broadened their minds and exposed them to other cultures, and they wanted to learn about other people. For example, Adelene Moffat, a member of Boston's NAACP, was part of the protests when the film 'The Birth of a Nation' came out. She spoke publicly about that and before the legislature to get it banned."

What can you tell us about the society today?

"By the 1940s, Niles wanted to pass the baton to younger explorers to carry on their history. And you have that happening today. They support women through scholarships and awards, and have webinars, especially during this pandemic, so they can reach out and meet new people and get support from each other." 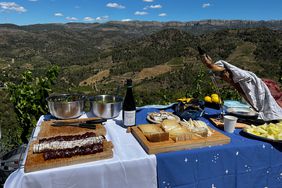 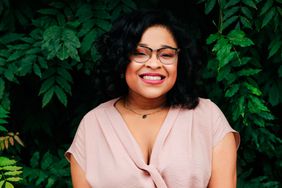 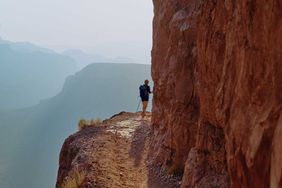 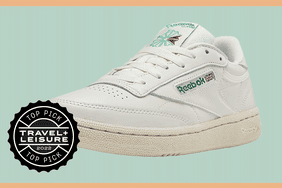 I'm a Travel Editor, and These Are the Comfortable Walking Sneakers I'm Packing for Every Trip This Summer