Satisfy your travel bug with these books.

As editors, we are reading and writing all day — and yet, we at Travel + Leisure often discuss among ourselves the books we devour in our leisure time. The books that transport us across the globe, the books that make us fall in love with prose all over again, and the books that spook the bejesus out of us.

The 20 Most Anticipated Books of Summer 2020

Below, the works that have stuck with our team lately while we've been stuck "traveling from home."

"An Arabian Journey: One Man's Quest Through the Heart of the Middle East" by Levison Wood

"Knowing that a book would take me much further than any airplane this year, picking up a copy of Levison Wood's 'An Arabian Journey' was one of the best decisions I made this summer. The book follows Wood's real-life journey crisscrossing the Arabian Peninsula over the course of many months. Wood's journey is truly an action-packed adventure that will take you to the frontlines of war, across the desert by camelback, and provide you a momentary respite from the sameness I know we're all longing to escape from right now." — Tanner Saunders, associate digital editor

"A Beautiful Crime" by Christopher Bollen

"Since we are all stuck at home, I wanted to read something transportive — and found it in Christopher Bollen's new novel, 'A Beautiful Crime.' It's set almost entirely in Venice, Italy and has shades of Patricia Highsmith's work in that it almost doubles as a kind of travelogue of the region. Bollen captures both the romance of the city (with its narrow alleyways and ancient architecture) and the modern problems it faces regarding overtourism and the subsequent dwindling local population. It's also just a really entertaining commentary on ethics and the ways we can be corrupted by greed." — John Wogan, special projects editor

"The Herd" by Andrea Bartz

"The latest book I haven't been able to put down is 'The Herd' by Andrea Bartz. Set against the backdrop of an exclusive women's co-working space in New York City, it's a twisty murder mystery that also dives into female friendships and professional ambition — and how those two things can all too often be viewed as competing interests. Fast-paced and vividly rendered, it's the kind of thriller that feels totally timely but still escapist enough to distract from everything else going on in the world, if that's what you want." — Sarah Bruning, senior editor

"I haven't read all that many graphic novels, but those I have most enjoyed (including classics like 'Maus' and 'Persepolis') have confronted serious subject matter, telling complex stories in an immersive, relatable way. 'Palestine,' winner of the 1996 American Book Award, is actually an anthology of several comic books written and illustrated by journalist Joe Sacco that depict his experience traveling throughout the Gaza Strip and the West Bank in the early 1990s. Sacco's nuanced approach and engrossing, incredibly human illustrations — plus the introduction by (erstwhile T+L contributor!) Edward Said — show slices of Palestinian life, in all its permutations, from a part of the world where individual stories can sometimes be drowned out by the broader geopolitical conflict." — Hannah Walhout, associate editor

"I recently finished 'Treasure Island!!!' by Sara Levine, a completely demented and darkly funny little novel about an aimless, underemployed 25-year-old who decides to live by what she deems the core values of Robert Louis Stevenson's 'Treasure Island': Boldness! Resolution! Independence! Horn-blowing! Our heroine is a monstrous narcissist with zero redeeming qualities and a hilarious voice, and watching her blow up her relationships and flout every social norm is an utterly delightful way to spend an afternoon." — Lila Battis, senior editor

"The Women I Think About at Night: Traveling the Paths of My Heroes" by Mia Kankimäki

"I recently got my hands on an advance copy of 'The Women I Think About at Night' (out Nov. 10 with Simon & Schuster), and it has me dreaming about a solo adventure. In this travelogue-memoir-biography, Kankimäki quits her job, sells her belongings, and sets off to see the world — and to retrace the steps of female explorers throughout history, from Kenya to Italy to Japan. Along the way I've gained new insight into the lives of women like artist Yayoi Kusama and learned about pioneers I never knew much of before, including Artemisia Gentileschi, now recognized as the greatest female painter of the 17th century, but during her time more infamous for a rape trial involving a fellow artist. The stories are complicated and inspiring, and Kankimäki's experience unwinding each one to help understand her own life reminds us of the power of using travel for self-discovery." — Nina Ruggiero, deputy digital editor

"We Have Always Lived in the Castle" by Shirley Jackson

"I'm both early and late to the Shirley Jackson party. I read her novel 'The Haunting of Hill House' in high school, after seeing the spooky, suggestive 1963 movie adaptation one night on television, and then for some reason never went back to her, despite the recent wave of interest fueled by Ruth Franklin's critically acclaimed 2016 biography. I finally read what's considered Jackson's greatest book, 'We Have Always Lived in the Castle,' on vacation last week, and now I'm fully on board. The book is narrated in the voice of 18-year-old Merricat Blackwood. She, her sister Constance, and their uncle Julian live in a large, isolated house on the outskirts of a small unnamed town whose inhabitants seem to despise them for reasons having to do with a rather spectacular crime that was committed at the mansion years ago. When a mercenary relative shows up, things go south pretty quickly. I don't want to give too much away, but we're aware from the beginning that something is a little off with our narrator — Jackson's ventriloquism is marvelously controlled and, in the end, chilling." — Peter Terzian, features editor

"Lately, I've dipped back into my collection of Wildsam guides to get the flavor of places like Austin, Nashville, and San Francisco without having to board a flight. These heartfelt and clever books have plenty of listings — the coolest coffee shops, the best breakfast taco spot — but what really gets me are the essays and other ephemera they bring together in one tightly edited package. Take the San Francisco guide, for example: a timeline of the Summer of Love, statistics about the Sutro Baths, an excerpt from Joan Didion's 'Slouching Toward Bethlehem,' interviews with local bike designers and Levi's stitchers. It's the next best thing to jetting there tomorrow." — Paul Brady, articles editor 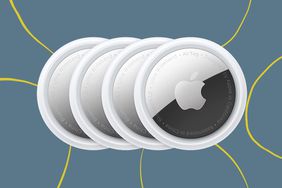 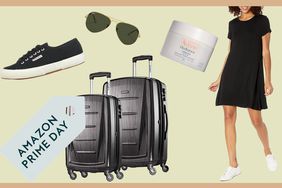 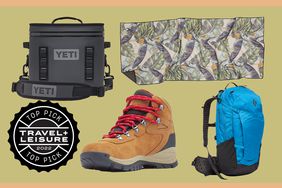 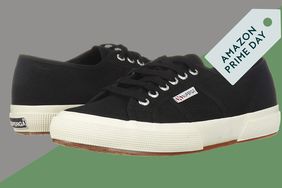 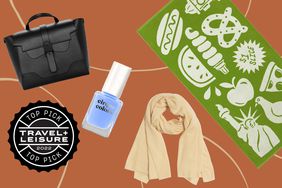 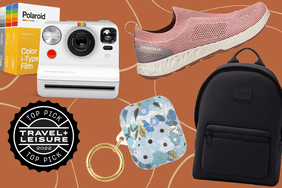 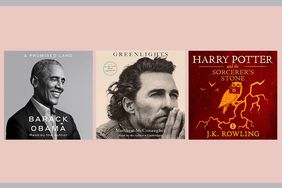