The project will be completed in phases starting next year.

Miami Beach may be known for its Art Deco architecture and party scene, at least in pre-COVID times, but the city's newest attraction will require a bit of swimming to enjoy. Construction on a seven-mile underwater sculpture park will soon begin, with installations that can only be viewed by snorkeling to them.

The project, named ReefLine, is being built by the OMA architecture firm, and designed primarily to raise awareness on how climate change is impacting this part of Florida as it leads to rising sea levels and coral reef damage, Matador Network reports.

Shohei Shigematsu, who heads the architecture firm's New York Office, told Dezeen, "The ReefLine is a unique project that brings attention to and mitigates the dangers of climate change in Miami Beach, while simultaneously enriching the city's vivid art scene. We look forward to collaborating with a diverse group of experts and professionals on our first underwater cultural masterplan and sculpture."

Among the team of experts working on the underwater project are marine biologists, researchers, architects, and coastal engineers. According to the OMA website, ReefLine will not only raise awareness on the issues caused by climate change, but it will also help combat them by providing "a critical habitat for endangered reef organisms, promoting biodiversity and enhancing coastal resilience."

Argentinian curator Ximena Caminos told Dezeen, "The ReefLine will provide structure for corals and sponges to naturally colonize, adding biodiversity to an area that is currently an underwater desert of sand. In the future, we are looking into the feasibility of transplanting nursery grown corals to the structure from University of Miami's Rescue-a-Reef programme."

The ReefLine will consist of geometric concrete modules that are stacked 20 feet underwater and follow the topography of the seabed. The sculpture will be built 900 feet offshore and extend from the north end of the city to South Beach.

Construction will begin next year, and the project will be completed in phases. The first mile is slated to open in December 2021. 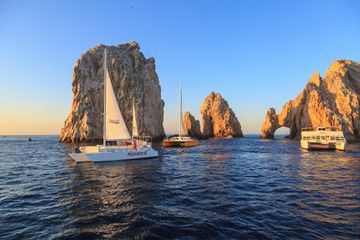