The demonstration was organized by a group called Carpenters Without Borders.

Carpenters in Paris used medieval techniques to raise a three-ton oak truss by hand in front of Notre Dame Cathedral, showing the public just how much labor went into building the historic cathedral more than 800 years ago.

In honor of European Heritage Days, which fell on Sept. 19 and Sept. 20, carpenters raised a replica of the triangular wooden structures that make up the cathedral’s nave.

After debates over whether or not to modernize Notre Dame after its devastating fire last year, reconstruction groups decided to stick to the cathedral’s “last known visual state.”

“It shows … firstly that we made the right choice in choosing to rebuild the carpentry identically, in oak from France,” Gen. Jean-Louis Georgelin, head of the cathedral’s reconstruction, told the Associated Press about the historic demonstration. “Secondly, it shows us the ... method by which we will rebuild the framework, truss after truss.”

The demonstration was organized by a group called Carpenters Without Borders. They felled the trees and cut the logs to make the wooden frame which they lifted using a medieval technique of rope cables and a pulley system.

French President Emmanuel Macron said he hopes the cathedral will be completely rebuilt by 2024 when Paris hosts the Olympics.

Reconstruction efforts at the moment are dismantling scaffolding which melted onto the structure during the fire. This phase is expected to be completed in October.

The process of reopening the grounds of Notre Dame is being completed in phases. Earlier this summer, the plaza in front of the cathedral reopened to the public. And last week, the crypt below Notre Dame reopened to visitors after an 18-month closure. 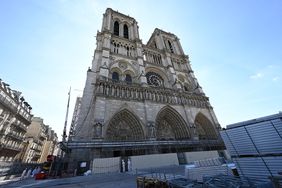 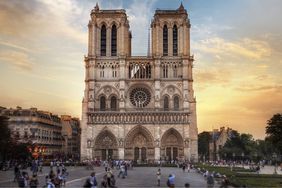 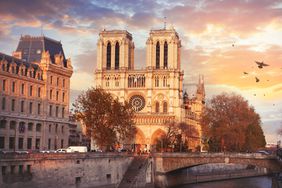 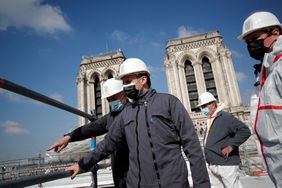 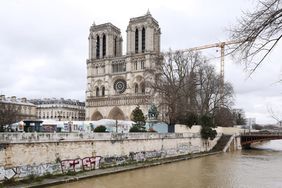