In the early 1920s, Samuel and Harriet Freeman, a couple who had successfully invested in a jewelry business in Downtown Los Angeles, commissioned famed architect Frank Lloyd Wright to build a home within the steep Hollywood Hills. The property, a modest by Hollywood standards two-bedroom, one-bathroom house, would become an important cultural hub in LA, counting among its tenants actor Clark Gable. The 2,884-square-foot home would also enter the architecture books as one of Wright's most significant designs.

So, if you are in the market for a new home with plenty of history, the Samuel & Harriet Freeman House just hit the market. The asking price is $4.25 million (it reportedly cost $25,000 to build in 1925).

What makes the building so significant is that it is one of only four "textile block" houses that Wright ever built. The architect wanted to challenge himself and use concrete blocks — "the cheapest (and ugliest) thing in the building world," as he put it at the time — to create "a new phase of our modern architecture." So he used 12,000 cast concrete blocks, each stamped with a distinct pattern, to create the Samuel & Harriet Freeman House.

"The other aspect of organic design fuses the decorative elements — embossed in the concrete — with the structural elements. Form and function become one," Mike Deasy, broker and chairman of Deasy Penner Podley, the real estate firm that has this historic listing, told Travel + Leisure.

The three-level property offers stunning 270-degree views of Hollywood and the Los Angeles basin. Inside, the home was designed as a salon (the Freemans hosted plenty of parties there) with a central hearth, a semi-open kitchen, balconies, a roof deck, and striking see-through corners that allow guests to enjoy the commanding views from the inside.

The house is sold with its original furnishings, many of which were specially designed for the property. The USC School of Architecture said on its website that the home "plays a clear role in the development of modern architecture in Southern California."

"The house is a spatial travelogue of all the important architects working in Los Angeles during the middle of the last century. After Wright himself, many of these had a hand in the interior design, furnishings, and expansion of the house: Lloyd Wright [Frank Lloyd Wright's son], [Rudolf] Schindler, [John] Lautner, [Gregory] Ain, and Robert Clark," added Deasy.

As with most historic homes, the new owner will need to make some significant renovations and restorations. In 1994, the property suffered damage from an earthquake. Because Wright believed that buildings should blend in with their environment (a term known as "organic architecture") as much as possible, he had the concrete for the blocks mixed with sand found on site. Unfortunately, this has made the house susceptible to challenges like water damage. Nevertheless, it is still a worthy investment and a relic of fine architecture from the roaring '20s. 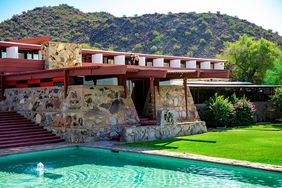 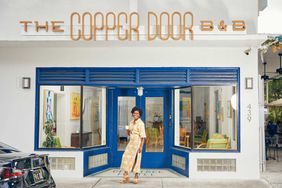 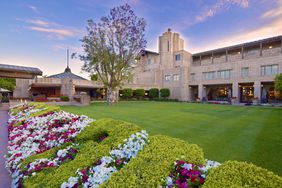