These women prove that the future of architecture is female.

The world of professional architecture was exclusively an all-boys club until the 17th century when a British socialite named Lady Elizabeth Wilbraham quietly designed about 400 buildings. Historians believe that she also tutored the renowned architect Sir Christopher Wren, whose work would later include Kensington Palace and St. Paul's Cathedral. Because of Wilbraham's sex, though, she wasn't allowed to visit the construction sites of her projects, so she would send men to supervise the progress. Unfortunately, as a result, these men were often credited with her work.

It wouldn't be until a couple of centuries later when women such as Sophia Hayden and Marion Mahony Griffin would finally break the status quo.

Chile-born Hayden was the first alumna of MIT's architecture program, while Mahony Griffin was one of the first licensed female architects in the world. She was also Frank Lloyd Wright's first employee, known for significantly influencing his famous prairie style.

And while, since then, many women would follow in their footsteps, currently only about 17 percent of all registered architects are women, according to the AAA (American Insitute of Architects). But that doesn't mean their achievements are overshadowed by projects led by their male counterparts. The late Zaha Hadid, for example, became a household name with her futuristic and instantly recognizable structures present in all four corners of the globe. And she is not the only one.

Here, we take a look at nine of the most prominent female architects whose work is changing city skylines around the globe and reinventing how we think about art and the future of architecture.

Oxman's work can be described in one word: revolutionary. The Israeli American professor founded the Mediated Matter group at MIT, where she focuses on "biologically inspired and engineered design." Her work lies on the intersection between biology, computational design, and architecture. Some of her projects include a 3D silk dome built by thousands of live silkworms and the development of the first glass 3D printing technique.

Diller co-founded the renowned architecture firm Diller Scofidio + Renfro, behind some of the most talked-about projects in recent memory. From the High Line and the Shed in New York City to Los Angeles' Broad Museum and the U.S. Olympic & Paralympic Museum in Colorado, Diller's work impacts the lives of millions of people. In 2018, she was the only architect — male or female — to be included in Time magazine's annual list of the Most Influential People.

German-born Selldorf founded her eponymous firm in New York City in 1988 and since then has become "the art world's go-to architect." With institutional clients such as the Frick Collection, the Museum of Contemporary Art San Diego, and the Rubell Museum in Miami, as well as many big-name galleries (David Zwirner, Hauser & Wirth, and Gladstone Gallery), Selldorf has left a permanent mark not only on architecture but on art history, too. And Selldorf's nowhere near done. Earlier this year, her firm was awarded another major project: the renovation of London's National Gallery.

Pritzker Prize winner Kazuyo Sejima is one of Japan's and the world's most respected and influential architects. Her modernist work includes geometric references and sleek materials such as glass, marble, and metals. Sejima and her firm, the famous Tokyo-based SANAA architectural studio, have authored the design for the New Museum in New York City, the Glass Pavilion at the Toledo Museum of Art, and the award-winning Grace Farms cultural complex in Connecticut. Most recently, Sejima chaired the prestigious 2021 International Jury of the Venice Biennale.

As the first woman to open her practice in India in 1979, Prakash is an inspiration and a true pioneer of architecture. And she's a very busy pioneer, with more than 1,200 projects to her name that include the ongoing Shirdi Sai Baba Temple in Chennai — a futuristic-looking tree-like temple inspired by the 'Gode' Neem tree of Shirdi. The non-traditional design incorporates the number 11, a lucky number in numerology.

Chicago has no shortage of impressive buildings, but the residential Aqua Tower definitely stands out with its topography-inspired façade conceived by Jeanne Gang of Gang Studio. The architect is also behind the Windy City's Nature Boardwalk at Lincoln Park Zoo, a popular outdoor destination that features a semi-open pavilion inspired by a tortoise shell.

Architecture's enfant terrible Odile Decq is known for her distinct style inspired by punk and goth, a result of her spending time in London in the early 1980s. Her non-traditional style was at odds with the sophisticated aesthetics that reigned in Paris, where she founded her practice in 1979.

But Decq's unorthodox approach to architecture quickly made her one of the most renowned architects in her native France — and across Europe. Her noteworthy projects include the Museum of Contemporary Art in Rome, the Phantom restaurant inside Paris' Opera Garnier, FRAC Bretagne Contemporary Art Museum in Rennes, the brightly hued 1970s bubble residence Maison Bernard, and Paris' Le Cargo.

Decq also founded Confluence Institute for Innovation and Creative Strategies in Architecture in Lyon, where she challenges her students to re-evaluate the field of architecture and interrogate what it means to be an architect.

The RIBA Stirling Prize winner is no stranger to her futuristic buildings making headlines. When the curvilinear Museum of Art, Architecture and Technology in Lisbon, also known as the MAAT, opened its doors in 2016, it famously attracted 80,000 visitors on its first day alone. Levete also designed the contemporary wing of London's V&A's Exhibition Road Quarter, where she incorporated 11,000 handmade porcelain tiles in the courtyard. Levete is currently working on the renovation of Scotland's Paisley Museum, slated to open in 2022.

As the second African American woman to graduate from the prestigious Rhode Island School of Design and the first African American and first woman to become managing director at her firm, Perkins and Will, Bullock has always been a champion of diversity in her field. She received the 2020 Whitney M. Young, Jr. Award, which recognizes an architect who "embodies social responsibility and actively addresses a relevant issue, such as affordable housing, inclusiveness, or universal access," according to AAA's website.

A perfect example of her socially responsible work is Destination Crenshaw, LA's open-air museum, located along Crenshaw Boulevard. It features works from more than a hundred Black artists and is the largest African American public art project in the U.S. 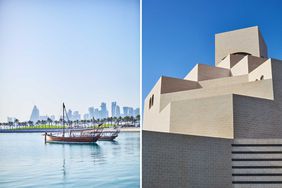 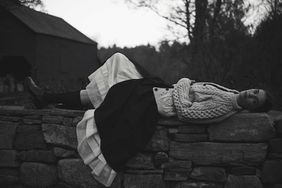