The neighborhood has long been a favorite for presidents.

Since leaving the White House, the Obamas have been settling into their new home, which they’re renting, in Washington, D.C.’s Kalorama neighborhood.

The property dates back to the 1920s and has nine bedrooms, gardens lining the outdoors, flagstone terraces, eight-and-a-half bathrooms, and an au pair suite downstairs.

The 8,200-square-foot property once belonged to Joe Lockhart, who served as the White House press secretary under Bill Clinton, and has been renovated to include marble trimmings and modern touches.

The neighborhood is known for being one of the most affluent in the area, and has been home to many presidents in the past, including William Taft, Warren G. Harding, Herbert Hoover, and Franklin D. Roosevelt, who all lived in Kalorama before heading to the White House.

Poet and diplomat Joel Barlow settled in the area in 1807, naming the property he had there “Kalorama,” after the Greek word for “fine view,” according to the D.C. Preservation League.

Today, the neighborhood is home to historic sites like the Woodrow Wilson House, in addition to a number of embassies.

Kalorama has also gotten the attention of Jeff Bezos and current first daugther Ivanka Trump, who recently moved into the neighborhood, according to the Washington Post.

The tree-lined streets are dotted with beaux-arts architecture and numerous chanceries, churches, and private schools for residents.

According to Politico, the Obamas are renting the property, which is valued at $5 million, so that their daughter Sasha can complete high school. 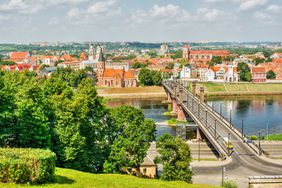 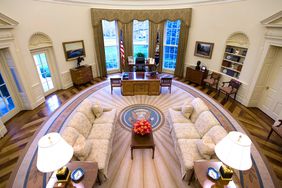 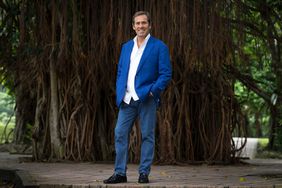