During a 10-day trip aboard a cruise ship in Greece this summer, there were plenty of COVID tests and lots of hand sanitizing. And that was just fine with me.

Breakfast buffet or nasal swab? On a cruise ship this summer in the Mediterranean, the answer is why not both?

Aboard the brand-new Silver Moon cruise ship in late July, all 300 or so passengers lined up for their mandatory COVID-19 tests while cruising the Levantine Sea, heading from Limassol, Cyprus to Rhodes, Greece. For all of them, it would've been at least the second COVID test in four days, after a mandatory swab simply to board the ship in Athens.

Silversea, which operates the Silver Moon, also mandates vaccinations for all passengers and crew aboard, meaning the ship was a fully inoculated, heavily tested bubble sailing in the waters of Greece. And while vaccine mandates are these days much-discussed in the U.S., they weren't controversial aboard the Silver Moon. As I lined up for my test, passengers were mostly in bright spirits and happy to comply with protocols designed to keep everyone aboard safe.

"This is what our guests wanted," said Barbara Muckermann, the chief commercial officer of Silversea, in an interview with Travel + Leisure aboard the Silver Moon last month. As further proof, she pointed to feedback from a recent survey Silversea conducted, in which 87 percent of respondents said they'd be happy to sail aboard a fully vaccinated vessel. The number for a ship with no such mandate? Just 14 percent.

"I ​think the protocols we have are non-invasive, and they're a great compromise to have an amazing experience and still feel very safe," Muckermann said. "We've managed to strike the right balance."

Return to the Seas

After spending a few days aboard the ship, I had to agree with her. Though I work at a travel magazine and have enjoyed cruises in the past, there was, while I made plans to board the Silver Moon, no forgetting the horrifying headlines of the past 17 months. Rightly or wrongly, cruise ships became a symbol of the early days of the pandemic, when uncertainty and fear were constant companions and news of even healthy passengers stuck aboard ships captured the world's attention.

Today, ships around the world are sailing again, like the Celebrity Edge, the super-sized vessel that resumed operations in June, making it the first to carry paying guests from a U.S. port since March 2020. While vessels like the Celebrity Edge and Silver Moon are back to business, it's not a case of business as usual. Royal Caribbean Group, the parent company of both brands, has implemented a 74-point plan to reimagine life on board, improving air filtration, enhancing cleaning standards, and planning for what happens if (and, as it turns out, when) passengers test positive for COVID.

"The cruise industry has gone from being the poster child for what could go wrong with travel in the COVID era to what could go right," Royal Caribbean CEO Richard Fain told me during an interview aboard the Silver Moon. "We've now seen that — with the vaccine and some of [these] very simple protocols — cruising can be safer than a day on Main Street, U.S.A."

In my experience, during a 10-day trip around Greece and Cyprus, those protocols were effective without being overly annoying. At the ship's breakfast buffet, three handwashing stations were set up for guests to use before they approached the food. Even after washing up, guests weren't allowed to handle serving utensils; crew members dished out croissants, fresh fruit, and thick Greek yogurt.

Most of the venues on board also offered hand sanitizing stations, something that many cruise ships have offered for years. In many public areas, seating was arranged to encourage physical distance between parties; in places where that wasn't possible, table tents marked those seats that were off limits in the interest of keeping people at least six feet apart.

Throughout the ship, crew members were diligent about wearing masks, even outdoors. Passengers, too, largely heeded the ship-wide requirement to wear masks. I did notice far fewer masks on the open-air pool deck, and masks obviously came off whenever travelers were seated in bars and restaurants aboard the ship. But as far as I noticed, everyone on board was respectful, courteous, and conscientious about wearing masks whenever the rules required it — and this was well before the latest word from the CDC encouraging the use of face coverings even for the vaccinated.

Of course, the ship side of things is only half the story. In all the ports we visited, adherence to COVID protocols appeared far more slack. While I'm no epidemiologist, I certainly witnessed plenty of mask-slipping, extremely casual temperature taking, and hand sanitizer bottles languishing untouched on the edges of tables and shelves. Such is life these days, in many corners of the world. While proof of vaccination is ostensibly required to, say, dine indoors at a restaurant in Greece, only a couple of individuals bothered to ask me for such verification.

Then again, much of what visitors want to see and do in this part of the world in July is outdoors, whether it's hitting the Acropolis in Athens, the beaches around Nafplion, the cafes of Santorini, or the wineries in Crete. Being outside — where the risk of COVID transmission is substantially lower than it is inside — is part of the allure of Greece in the summertime, whether you're there on a cruise or not. Besides, more than 49 percent of Greece's residents have been fully vaccinated, a stat that may explain some of the nonchalance I noticed along the way.

Overall, being on the ship and in Greece felt very much like the past few months in my home city of New York, where, in mid-July, masks were required on public transit, yes, but seen less often in other places. (Since my trip, New York has tightened its protocols again.)

Broadly speaking, there seemed to be two unwritten rules in Greece, both on land and aboard the ship: outdoors, anything goes. Indoors, probably better to throw that mask on. For me, this thinking never felt burdensome or excessive — in fact, I appreciated that the rules, at least on the ship, were simple to follow and consistently applied. In the end, we were all, in more ways than one, in the same boat. 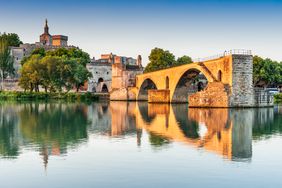 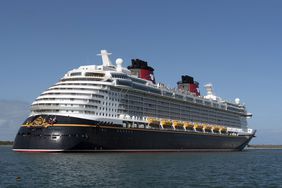 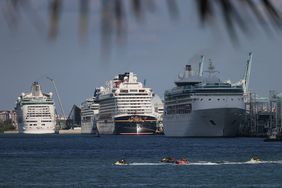