From GOAT to Godmother.

Olympic gold medalist — and overall GOAT — Simone Biles will christen Celebrity Cruises' newest ship when it docks in Florida this fall, according to the cruise company.

The Olympic gymnast, the latest celebrity chosen to take on the title of godmother, will perform the role for the company's Celebrity Beyond ship, which recently made its debut in Europe. As part of her role, Biles will be on hand in Fort Lauderdale on Nov. 4 to officially name the ship.

Biles joins several other inspiring women who have been named as godmothers for Celebrity Beyond's sister ships, including Nobel Peace Prize Laureate Malala Yousafzai and the founder of Girls Who Code, Reshma Saujani.

"I have a lot of great memories of cruising with my parents while growing up, so I am beyond excited to serve as godmother of Celebrity Beyond," Biles said in a statement. "I am honored to join such a distinguished group of game-changing women and appreciate the important message this designation holds in recognizing our accomplishments, and hopefully inspiring the next generation of women."

The Celebrity Beyond can hold just over 3,200 guests and features more than 30 different restaurants, bars, and lounges, as well as several celebrity-designed touches like fitness kits with products selected by Gwyneth Paltrow's company, goop. And when it comes to the kitchen, guests will be treated to food from Michelin-starred chef Daniel Boulud.

The luxury ship kicked off its inaugural season on April 27 with a 10-night sailing from Southampton, England, to Barcelona, Spain. This summer, it will sail 9 to 10-night itineraries in the Mediterranean before heading to Florida and beginning a winter season with 5 to 9-night sailings throughout the Caribbean.

Celebrity Cruises is one of several cruise lines that has started returning to pre-pandemic practices, dropping capacity restrictions onboard its ships. 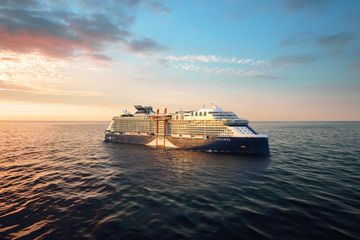 Celebrity Cruises' Newest Ship Finally Set Sail From the U.S. — and We Took a Look Inside 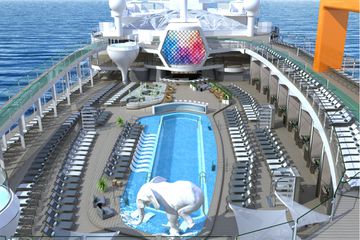 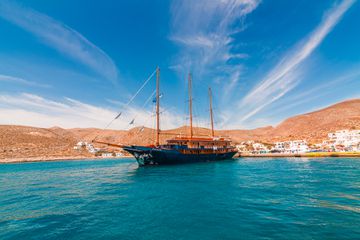 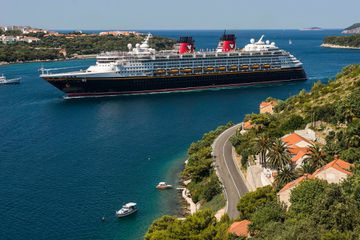