Princess Cruises Extends Pause in Operations — What to Know (Video)

Princess Cruises has extended its trip cancellations, scrapping several cruises through the end of the summer and some through the fall.

“As the world is still preparing to resume travel, it is with much disappointment that we announce an extension of our pause of global ship operations and the cancellation of cruise vacations for our loyal guests,” Jan Swartz, the president of Princess Cruises, said in a statement on Wednesday. “Among other disruptions, airlines have limited their flight availability and many popular cruise ports are closed. It saddens us to think about the impact on the livelihood of our teammates, business partners and the communities we visit.”

Princess will cancel all Alaska cruises, scrap remaining European and Transatlantic cruises, as well as cancel summer Caribbean cruises. All Canada and New England cruises as well as Australia-based cruises through August, and July sailings from Taiwan will also be canceled.

The cancellations come as Carnival Cruise Line has said it intends to resume part of its North American service on August 1. The decision also follows the Centers for Disease Control and Prevention’s extended order telling Americans to avoid cruising.

The cruise line will also extend the cancellations through the fall for cruises leaving from Japan on the Diamond Princess and cruises heading to Hawaii and French Polynesia on Pacific Princess through November.

Guests who were booked on these cruises and paid in full can opt for a refund or a Future Cruise Credit equal to 100 percent of the paid fare plus an additional 25 percent bonus, according to the company.

The decision comes after the cruise line suspended its operations in March following several quarantined ships and COVID-19 infections that broke out on board. The Diamond Princess was one of the first ships to experience such a quarantine in February after many people became ill with COVID-19 and several people died in Tokyo.

In March, the Grand Princess was quarantined off the coast of California after a former passenger who had taken a previous cruise became sick and died. 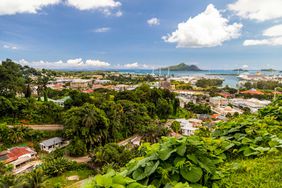 The Seychelles Bans All Cruise Ships Until 2022 (Video) 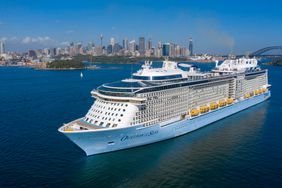 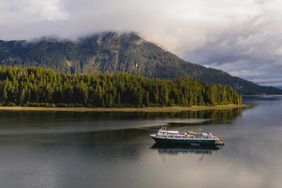 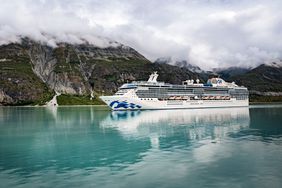