The Princess ship will sail the same itinerary that was featured on the iconic TV show in February.

Princess Cruises is bringing back "The Love Boat" and reuniting the iconic show's cast for a very special celebration next year.

The cruise line's newest "Love Boat"-themed sailing, onboard the Majestic Princess, is scheduled to depart for the Mexican Riviera on Feb. 26 and sail the same itinerary that was featured on the iconic TV show, the cruise line recently announced.

Guests can expect themed menus and cocktails, a Q&A with cast members, and the chance to watch their favorite "Love Boat" episodes under the stars on the ship's deck. There's also a disco party and renewal of the vows ceremony on the itinerary. Booking costs start at $499 a person.

"Love Boat" cast members Cynthia Lauren Tewes, Bernie Kopell, Fred Grandy, and Ted Lange also are expected to be on board. Gavin MacLeod, who played Captain Stubing, died last year at the age of 90. Onboard, Princess is planning a birthday celebration in honor of MacLeod, whose 91st birthday would have been Feb. 28.

"This cruise will be extra special because we will also celebrate the life and career of Gavin, our fearless leader, who not only played my dad on TV but was also a true father figure to me beyond the show," said actress Jill Whelan, who not only played his daughter Vicki on the show but will be an ambassador on this special trip.

The ship is set to depart from Los Angeles and stop in Cabo San Lucas, Mazatlan, and Puerto Vallarta before returning to Los Angeles on March 5.

This will be at least the third time "Love Boat" cast members have reunited onboard a Princess ship, and it's a place where cast members should feel at home. Princess was often a co-star on the show, which was frequently set on the cruise line's Pacific Princess.

The show's 1977 pilot was shot onboard the Sun Princess in Mexico. 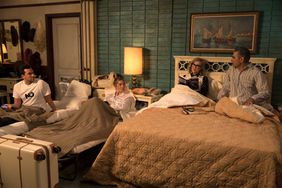 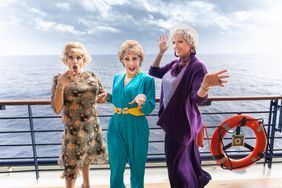 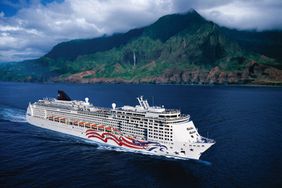 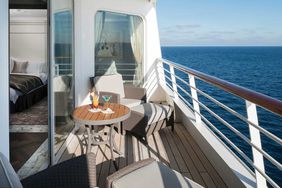