The great irony of visiting Antarctica is that a trip there can damage the very ecosystem you’re going to see. As the continent registers record temperatures — and warming that’s occurring at a rate three times faster than the global average, according to the World Meteorological Organization — there’s also a rush on Antarctica, as travelers race to see it before things change even more dramatically. The Arctic, meanwhile, is seeing much of the same: more ships, more travelers, and ecological impacts due to climate change.

Now, the French cruise line Ponant is working to do something about this conundrum, while still meeting massive traveler demand for epic polar expeditions. The company’s newest ship, Le Commandant Charcot, will be the first of Ponant’s hybrid-electric ships, designed to run on comparatively cleaner-burning liquid natural gas and battery reserves. That will reduce, though not eliminate, carbon emissions when the ship makes its inaugural trip to the Arctic in May 2021.

The inaugural season for the Charcot, formerly known as the Ponant Icebreaker, will include Arctic itineraries with stops in Greenland, Iceland, and Norway’s Jan Mayen Island. Later in the season, the ship will go to the Geographic North Pole, Ponant says, before transiting the Northwest Passage during the month of September.

The Charcot will then sail south — all the way south — to Antarctica, where its hybrid capabilities will enable ultra-long itineraries, Ponant says. Trips there will include a 20-day journey through the Drake Passage and Bellingshausen Sea, off the Antarctic Peninsula. All Charcot sailings will include naturalist-led tours, Zodiac excursions, and just about everything on board.

As for the amenities, the ship will have room for 270 passengers in 135 suites, including 68 suites with balconies. There will be two restaurants, a massive infinity pool overlooking the stern, another indoor swimming pool, and a small spa, complete with a “snow room.” You know, just in case. 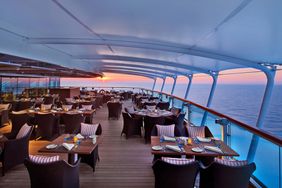 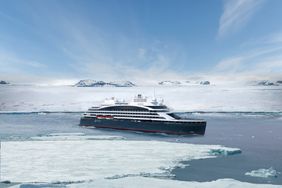