The single-occupancy cabins will make their debut in 2023.

Going on a cruise as a solo traveler typically means paying a supplemental fee to make up for occupying a cabin meant for at least two people. But in recent years, several major cruise lines have done away with that practice by adding cabins specifically designed for a party of one.

The latest company to join the trend is Oceania Cruises, a luxury line offering sailings around the world.

When Oceania's newest vessel, Vista, makes its debut in 2023, it will feature six cabins for travelers embarking on the ship themselves, according to a press release. This marks the first time in Oceania's nearly 20-year history that the company will add this type of cabin to its fleet.

Referred to by the cruise line as "spacious and airy yet cozy," these single staterooms will measure 270 square feet, and like every other cabin aboard the Vista, they'll even feature a private balcony. They'll also offer a Tranquility memory foam bed, a seating area that overlooks the private balcony, and plenty of storage space.

Thanks to its categorization as a Concierge Level Veranda Stateroom, cruisers in these single-occupancy cabins will also have access to Oceania's Concierge Level amenities. These extra perks and services include free laundry service, room service from the dining room menu, exclusive keycard-only access to the dedicated Concierge Lounge, priority embarkation, a complimentary bottle of Champagne, and more.

Oceania has yet to reveal just how much solo travelers can expect to pay for one of these cabins. Those details should come soon, however, as the cruise line plans to release itinerary information on Sept. 9, detailing Vista's maiden voyage. Bookings for the ship's inaugural season will open on Sept. 15.

Vista is Oceania's first new-build vessel in more than a decade. It will be the cruise line's seventh ship and the first of two in its new 1,200-passenger Allura Class. The second ship is yet to be named, but is scheduled to make its debut in 2025. 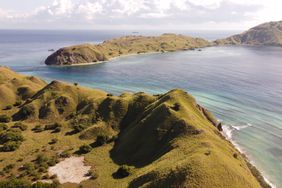 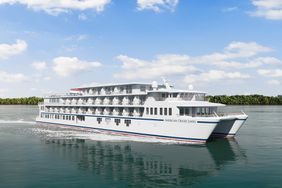 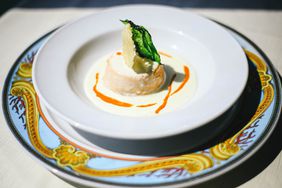 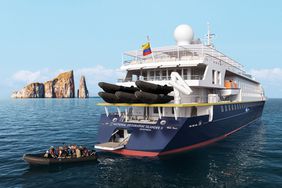