Margaritaville at Sea Paradise sets sail from the Port of Palm Beach, Florida, on April 30.

Prepare to change your attitude by changing latitudes when the first cruise ship from Jimmy Buffett's Margaritaville brand sets sail out of the Port of Palm Beach, Florida, on April 30.

While Margaritaville resorts have long been popular among parrotheads and pirates, the Margaritaville at Sea Paradise, described in a press release as a "floating island vacation at sea," is the brand's first venture into open ocean.

A massive flip-flop sculpture welcomes guests aboard, encouraging anyone who has not yet shed their sneakers to go ahead and do so.

The ship features 658 laid-back yet luxe cabins with nautical details and tropical colors inspired by the sea, sand, and sky. Expect lots of parrots, anchors, and beach vibes incorporated into the décor, plus cabin walls lined with maps of islands on and around the equator.

Some cabins have a balcony or a porthole looking out on the ocean, while interior cabins have no windows (but benefit from the lowest rates).

And because it's always five o'clock aboard the Margaritaville at Sea Paradise, drink packages are available from $99 for 10 drinks (margaritas are best sipped at the rooftop Chill Bar, where there's nothin' but a breeze).

Other on-ship highlights include various dining venues, like the upscale JWB Prime Steakhouse, as well as pools, entertainment programming, retail stores, a St. Somewhere Spa, and even a Fins Up! Fitness Center, should you need to sweat out that cheeseburger in paradise.

The Margaritaville at Sea Paradise will debut as the only three-day, two-night cruise sailing round-trip from Palm Beach to Freeport in The Bahamas. Cruisers also have the option to extend their vacation with a four- or six-night stay at one of two beachfront resorts on Grand Bahama Island.

When the cruise wraps up, you'll return to Palm Beach renewed (and maybe a little hungover).

There are still rooms available on the inaugural Margaritaville at Sea Paradise sailing. Learn more and book your room here. 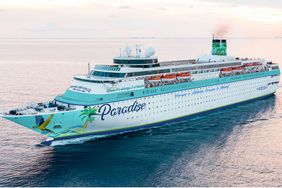 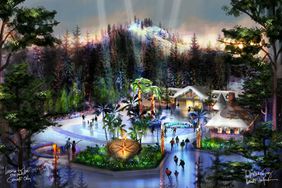 Margaritaville Is Coming to the Poconos — With Tiny Homes, RV Setups, and a Swim-up Bar 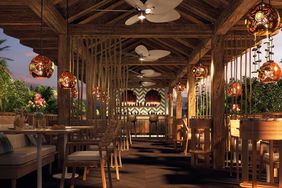