Travelers can choose between 66- or 93-day itineraries to explore both the North and South Poles.

Few people have visited both the North and South Poles, but Hurtigruten Expeditions — a cruise company focused on adventure travel — is making it easier for intrepid travelers to explore both snowy landscapes on one jam-packed itinerary.

Hurtigruten recently unveiled details of its two new Pole-to-Pole voyages, which will take cruisers to a number of bucket-list destinations along the way.

Pole to Pole Adventure: The Ultimate Bucket List Expedition Cruise will be the first voyage to debut on Aug. 8, 2022. Setting sail from Vancouver aboard the MS Roald Amundsen, passengers on this 93-day itinerary will visit 11 countries and Antarctica before disembarking in Buenos Aires. Highlights include stops at the rarely visited Aleutian Islands along the Alaska Peninsula, as well as the deserted St. Matthew Island, which is the most isolated place in Alaska. On the way south, the ship will also bring guests to explore Belize and Nicaragua before passing through the Panama Canal and sailing down the South American coastline.

For travelers who don't have enough time for such a long voyage, the second sailing —Between the Poles: Ou Epic Global Expedition Cruise — is a 66-day alternative. Departing for its maiden voyage on Sept. 22, 2022, this itinerary will start in the Canadian Arctic before moving on to Greenland and then heading south through the Caribbean and Panama Canal. The ship will also make stops along the coast of South America before finally reaching Antarctica.

"These extraordinary expedition cruises will offer more bucket-list destinations and once-in-a-lifetime experiences than we have ever before offered in one voyage. They will showcase some of the most spectacular nature and wildlife of our planet and offer authentic encounters with unique cultures," said Asta Lassesen, CEO of Hurtigruten Expeditions, in a press release. "We proudly believe they represent the most epic voyages of modern-day expedition cruising."

Pricing for the 93-day voyage starts at $64,581 per person, while costs for the 66-day trip start at $50,143 per person. Visit hurtigruten.com for more information on both the longer and shorter voyages. 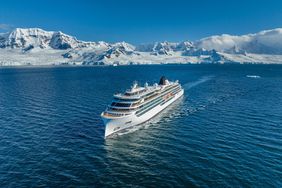 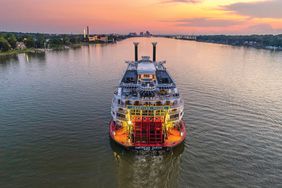 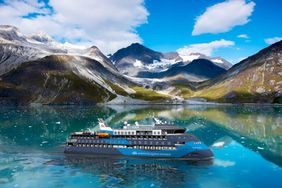 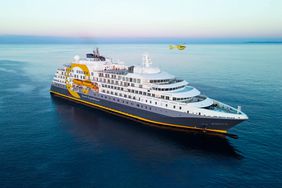