After an extraordinary shutdown, cruise lines are ready to go — and so are millions of passengers. Only question is, which of these innovative itineraries is the best way to celebrate the comeback?

All those canceled vacations — and the extra money in many people's pocketbooks — suggest this summer will be a season of pent-up demand for cruises late this year, into 2022, and beyond. "We are finding everyone wants to go longer, bigger, and better," says Rob Clabbers, president of Q Cruise & Travel in Chicago and a member of Travel + Leisures's Travel Advisory Board. "The idea is, 'I deserve to go on a nice vacation.'"

Related: What to Know About Cruising During the Pandemic, According to Experts

Many of the top suites are already spoken for this year, thanks to a combination of rebookings and new inquiries, Clabbers says. Factor in the continued uncertainty of pandemic-related border closures over the coming months, and next year looks to be the sweet spot for a sail.

Still, you'll want to start planning right now: upscale lines such as Celebrity Cruises, Oceania Cruises, Regent Seven Seas Cruises, and Viking Cruises report they're already selling out for 2022 — and even into 2023. Here's a closer look at some of the most intriguing trips to book.

Virgin Voyages (from $1,015 per person for four nights) aims to launch two adults-only ships by 2022. Scarlet Lady and Valiant Lady, twin 2,770-passenger vessels, are scheduled for wintertime jaunts to the Bahamas and the Caribbean, stopping at Virgin's Beach Club at Bimini, in the Bahamas, for pool parties and beach bonfires. Both ships will host drag brunches, and there's a tattoo studio aboard each, should you need a souvenir.

The Seychelles banned cruise ships entirely until August as a pandemic safety measure. But Crystal Cruises (from $4,999 per person for seven nights) plans to be one of the first lines to return, in December, with the 62-passenger Crystal Esprit. The superyacht-inspired ship offers butler service with every suite, plus a submarine for exploring the archipelago's vibrant coral reefs.

A Big Swing Around Europe

A three-month, 22-country tour from Silversea (from $42,110 per person) aboard the 596-passenger Silver Moon is the ultimate way to make up for lost time. This epic trip departs Athens next March, and hits ports from Istanbul to Reykjavík. Those more at home on the continent's rivers should consider new Cruise & Rail journeys from Uniworld Boutique River Cruise Collection (from $19,199 per person for 15 nights). One intriguing itinerary starts on Italy's Po River, aboard the 126-passenger La Venezia (fresh off a 2020 refit), before continuing on the Golden Eagle Danube Express, which rolls from Venice to Istanbul.

A Return to Australia

Windstar Cruises (from $3,999 per person for 11 nights) is planning a Down Under debut in fall 2022, aboard the newly updated, 312-passenger Star Breeze. Regent's Seven Seas Mariner is scheduled to visit in February 2022, with a two-week, Auckland-to-Sydney itinerary that also takes in Milford Sound and Tasmania (from $19,399 per person for 14 nights).

A Chance to Simply Unplug

For travelers seeking an indulgent, don't-lift-a-finger escape, transatlantic voyages are a compelling option. Seabourn (from $5,499 per person for 14 nights) has a Miami-to-Barcelona trip that also hits Madeira and Porto Santo Island, Portugal, set for April 2022 aboard the 450-passenger Seabourn Quest. Meanwhile the Oceania Marina will sail from Monaco to Miami, with stops in Spain and the Caribbean, in November 2022 (from $2,299 per person for 14 nights).

A version of this story first appeared in the June 2021 issue of Travel + Leisure under the headline It's Finally Time. 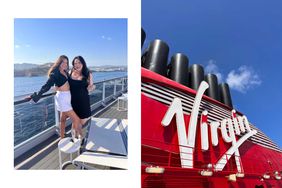 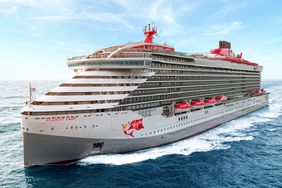 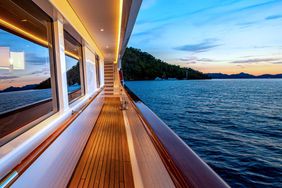