Churchill, Manitoba is incredibly remote, but the rewards are more than worth the trek.

When crossing the street in Churchill, it’s important to look both ways — and not just to spot oncoming traffic. There’s a possibility a polar bear could be roaming the road of the small subarctic town where people are outnumbered by the largest land predators on Earth. Churchill is not only the "polar bear capital of the world," but it's also the southernmost place to see these animals in the wild.

That said, while the beautiful creatures are the destination's biggest draw, there’s so much more to experience here. For starters, you’ll want to look up, as the northern lights can be seen an average of 300 nights per year in Churchill, which lies directly beneath the auroral oval in the Northern Hemisphere. And if spotting beluga whales is at the top of your list instead, Churchill has those, too — the region is home to the largest beluga whale migration in the world. During peak season, you can see playful pods as they splash through the Churchill River estuary.

Churchill is a tiny town with plenty of big adventures, making the trek more than worth it. The toughest part is choosing which natural wonder you want to see first. To help you plan the ultimate trip to Churchill, Manitoba, here are our tips on how to get there, the best times to go, and the coolest things to see and do.

How to Travel to Churchill

Hugging the Hudson Bay, Churchill is the northernmost seaport of Canada, found approximately 87 miles from the border that connects Manitoba and Nunavut. There are no roads in and out of this remote town, which can only be reached by air or train. From Winnipeg, a flight to Churchill takes approximately two hours and visiting by rail requires a 48-hour journey.

While air service is available year-round, you’ll want to book well in advance to secure your seats. For the best experience, consider going through a tour operator such as Frontiers North, which offers all-inclusive multiday packages that come with a private charter flight in and out of Churchill, plus all meals, accommodations, and tours during your stay.

Belugas, bears, or the aurora borealis? When it comes to planning a visit to Churchill, you’ll want to start with determining which natural wonder you want to prioritize, as there’s a special season for each.

Autumn (October-November) is the best time to see polar bears, for example, as they cruise the coast of Hudson Bay this time of year in anticipation of the ice freeze. If you time your visit right (mid-late October), you can spot the brawny creatures before the snow falls, when the landscape is blanketed in a flurry of fall colors. From mid to late November, ice and snow settles on the surface for a different backdrop — an all-white winter wonderland. Winter (February-March) is the best season for seeing the northern lights, as the cold, crisp nights call for less cloud coverage. And in the warmer summer season (July-August), thousands of boisterous belugas flock to the Churchill River estuary to feed, give birth, and play.

Best Things to Do in Churchill

At the northern tip of Manitoba, a Canadian subarctic safari awaits. Polar bears can be found in remote regions across five arctic countries — from Norway to Greenland — but the adventure of watching these animals prance around in their natural habitat is closer than you may think. Churchill is the southernmost destination in the world to see wild polar bears, making it more accessible.

Found on a freshwater bay, Churchill is a popular place for polar bears because it provides them with earlier access to their food source. It’s where the ice forms first and melts last — a year-round paradise for polar bears, which, unlike other bear species, do not hibernate. According to the Canadian Wildlife Service, about 1,000 polar bears roam free in the region, so there's no shortage of animals to glimpse.

Adventuring among polar bears cannot be done by foot or car due to the sensitive surroundings of the tundra and the predatory nature of the animals, so a trek aboard a Tundra Buggy is the best way to go. Not only can a Tundra Buggy — the original tundra vehicle created by Frontiers North more than 30 years ago — navigate the rough terrain, but it also provides visitors with exclusive access to the Churchill Wildlife Management Area (CWMA) with the highest probability of sightings. And the towering trucks are sustainable, too. Last year, Frontiers North launched the world’s first-ever, all-electric Tundra Buggy, with plans to transform all of their vehicles within the next 10 years.

The warm, shallow waters of the Churchill River estuary invite thousands of beluga whales to breed and feed during the summer months, making it easy to spot the spectacular sea creatures from land or sea. Tours like the Belugas, Bears, and Blooms excursion by Frontiers North make it possible to see (and hear) the “canaries of the sea” by beach or boat, with zodiac, kayak, stand-up paddleboard, and powerboat viewing options available. During the summer, you may even spot polar bears as they begin to swim ashore after months spent scouring the ice for a feeding frenzy at sea.

Marvel at the aurora borealis.

Set your sights on the celestial skywatching phenomenon that is the aurora borealis. The dancing waves of light drench the sky in Churchill up to 300 nights a year, thanks to the town’s remote location and proximity to the aurora oval, which sits directly overhead. On a tour with Frontiers North, you can view the dark-sky spectacle from five unique locations around the Churchill area, including Dan’s Diner, an exclusive Tundra Buggy restaurant that sits in seclusion on the frozen tundra. 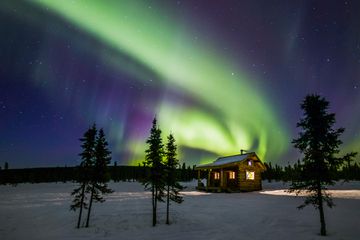 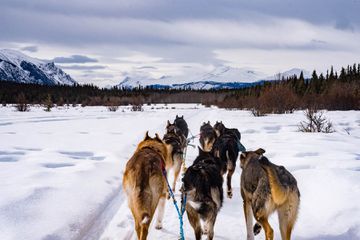 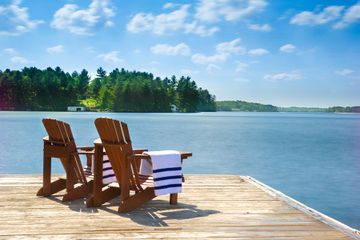 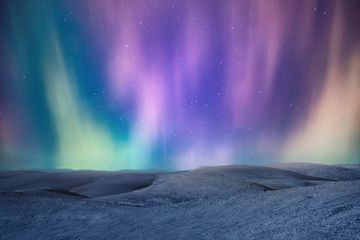 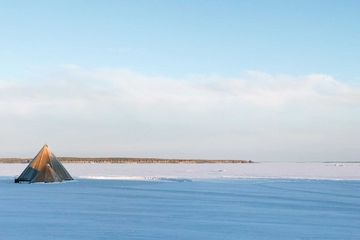 You Can Go Dogsledding, Sleep in an Arctic Treehouse, and See the Northern Lights From a Hot Tub in Swedish Lapland (Video) 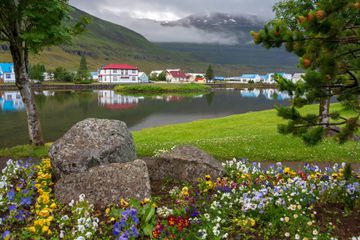 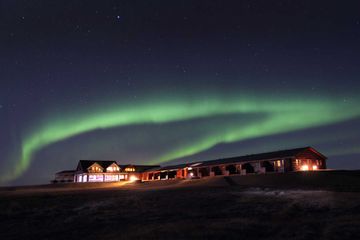 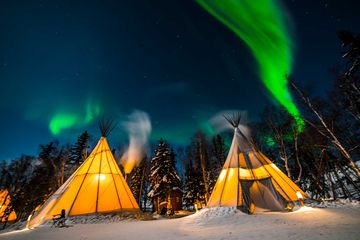