From flavor to vibe, Black brewers are ushering in a new era for craft beer in the capital.

If Washington, D.C. was slow in catching on to craft beer, then it's quickly becoming a nation leader in one crucial respect: Black representation.

The capital, which welcomed its first modern manufacturing brewery, DC Brau, as recently as 2011, now has three Black-owned breweries, making up approximately 20% of the city's total of 15.

Together with Black Brew Movement, a D.C. organization that aims to bridge the gap between Washington's Black population and craft beer, these breweries (Sankofa, the oldest, launched in 2018; Soul Mega; and Urban Garden) are driving a change in tone and flavor that has the potential to transform the city's beer culture.

Take Urban Garden, established in 2021 by D.C.-born-and-raised Eamoni Tate-Collier, for example. The flagship brand is Chamomile, a golden ale containing chamomile and honey. Balancing a rich honey flavor and gentle acidity, it's delightfully smooth and a long way from the hop-heavy brews that have characterized American craft beer over the past decade and more.

"I like to use herbs, spices, and fruit in my beers," she says. "I focus on that rather than the hops. I wanted to give my beer a different flavor, to make it like you're drinking a herbaceous tea."

Tate-Collier is keen on making craft beer a more welcoming place for Black customers, an aspiration she shares with the four founders of Black Brew Movement. Established in 2018, the latter hosts events and brews collaboratively as part of its campaign to encourage more Black people into brewery taprooms.

"We want to create an experience [when we host events]," says Courtney Rominiyi, a sociologist and one of the group's founders. "We make sure we have the music to attract the groups we want to be there, for example. It's about creating a vibe and experience, and a space that's welcoming to the consumer. And we're making steady progress. With every event, we learn more and more about our consumer base. We're seeing more and more Black people at events and taprooms."

At a time when Black-owned breweries are advancing across the U.S., from Crowns & Hops in Los Angeles to Hippin Hops in Atlanta, it's appropriate that D.C., the first American city to have a Black majority population in 1957, is taking a leading role. There are also a number of breweries just outside the city limits, including Patuxent Brewing Company in Charles County, Maryland.

Unlike Patuxent, the D.C. breweries do not own brick-and-mortar premises, but they do have regular outlets. These include the biergarten at Heurich House, a museum based in the historic home of Christian Heurich, D.C.'s early 20th-century lager tycoon; Metrobar, an outdoor spot that specializes in local products and is situated around a D.C. subway car; and the Craft Beer Cellar, a bottle shop in the H Street Corridor that carries a wide range of local Black-owned brewery products.

Soon, perhaps, there will be Black-owned taprooms in D.C. — that's certainly Tate-Collier's aim — but until then, there are events such as Soul Mega's third anniversary celebration, MegaFest, which takes place on Aug. 27 in the West Lot at The Parks at Walter Reed. Attendees will not only be able to drink Soul Mega, but also Sankofa, Urban Garden, Patuxent, Black Viking, Liquid Intrusion, and Joyhound, all Black-owned companies based in and close to Washington, D.C. 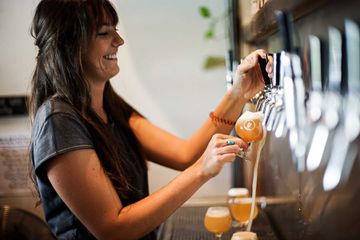 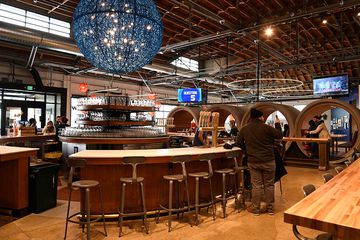 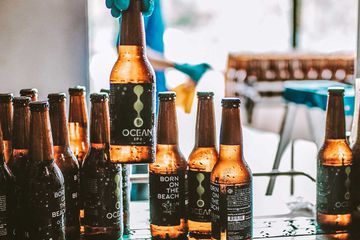 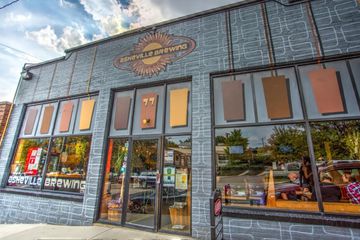 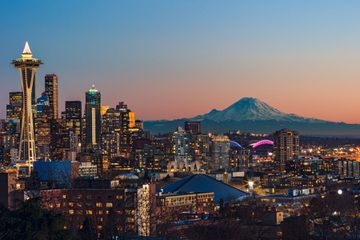