The best zoos in the world pair stellar animal experiences with conservation work.

Catching a glimpse of your favorite animals up close can be a thrilling experience. And all it takes is visiting the right place.

Zoos can be controversial, however, many provide the opportunity for people to learn about the global environment and work to help preserve critical species for generations to come. But, before you plan a trip, it's important to ensure the zoo you visit is as ethical as possible. Do your homework to find zoos that offer educational programs, invest in research projects to help endangered animals, or have release programs to get animals back in the wild. If you need a little help starting your research, check out the Association of Zoos and Aquariums (AZA) and its list of AZA-accredited locations. Here are 20 of the best zoos that work hard to make the world a better place for people and animals.

The San Diego Zoo has long been considered one of the best zoos in the world. The zoo, which opened its doors in 1916, stretches across 100 acres and is home to more than 12,000 rare and endangered animals. Guests can take part in a number of educational programs and visit knowing a portion of their ticket goes toward various conservation programs.

The Chester Zoo is yet another expansive space with a rich conservation program (and it happens to be the most-visited zoo in the U.K.). The zoo is home to more than 20,000 animals and works to educate every guest on not only their conservation programs but how individuals can take action, too.

The Tiergarten Schönbrunn in Vienna has the distinct honor of being the world’s oldest zoo. It also happens to be one of the best zoos in the world thanks to its various rare animal exhibits, along with its captive breeding program that’s helping to save dozens of at-risk species, and its rich species protection program in the wild.

The Alaska Zoo is one of the smaller ones to make this global list, but for a good reason. The Alaska Zoo specializes in local animals, including brown bears, bald eagles, moose, hawks, harbor seals, and more. It is a registered 501(c)3 nonprofit dedicated to promoting the conservation of Arctic and sub-Arctic species.

The Toronto Zoo spans a whopping 710 acres, providing its animals with massive, naturalized environments. And that’s a good thing, considering it’s home to more than 5,000 animals. The zoo also has an in-depth species recovery program, including captive breeding of animals like the Vancouver Island marmot and the black-footed ferret.

The National Zoological Gardens, also known as the Pretoria Zoo, is the largest zoo in South Africa. It’s also the only one with national status. The zoo is home to thousands of animals (including several critically endangered species like black and white ruffed lemurs) and works under the mission to “champion the exploration, conservation, sustainable use, appreciation, and enjoyment of South Africa’s exceptionally rich biodiversity for all South Africans.”

The Lincoln Park Zoo is one of the oldest zoos in North America and one of the very few that offers free admission to all. That’s right. Anyone can come and say hello to its animals, including African lions and pygmy hippos, for absolutely nothing. Just make sure to take a little time to learn about the zoo’s impressive global conservation work while you’re there.

With more than 4,000 animals sprinkled across the lush rainforest landscape, the Singapore Zoo is a not-to-miss zoo destination. While seeing its animals (including everything from sloths to African penguins) is great, its educational programs make this zoo even better, especially for families with young children.

The Taronga Zoo is home to 69 acres of land located just across Sydney’s city center. So not only can you come to visit its 350 different species, but you can also take in the spectacular view. This zoo also works on various conservation and breeding programs, including its local Big City Birds project that invites the public to report sightings on its easy-to-use app.

The Bronx Zoo opened its doors way back in 1899. It’s now home to more than 10,000 animals representing 700 different species that live across its 265 acres. And, for more than 120 years, the zoo has worked to save endangered animals through its research and breeding, as well as its reintroduction of animals like the American bison to the wild.

The Jersey Zoo has been working for more than six decades to help conserve endangered species and their environments, including through the restoration of wild spaces. On a more local level, visitors can come to visit the diverse wildlife in the park and even sleep overnight, thanks to its unique camping program.

The Henry Doorly Zoo helps visitors get to know animals on land, at sea, and in the air, thanks to its various habitats. Come check out everything from reptiles to sea lions, a gorilla family to colorful Caribbean fish, and more, all in one place. And guests can walk away knowing their visit contributes, in part, toward its robust conservation programming, including its research into conservation genetics.

Smithsonian’s National Zoo is more than a space to view animals. Sure, you can visit some of its adorable creatures, but it also happens to be a global leader in conservation efforts and is part of the Smithsonian Institution, the world’s largest museum, and research complex, meaning it has the resources to truly help the animal kingdom. (Still, its cheetah cubs are pretty cute.)

The Edinburgh Zoo is home to more than 2,500 animals from around the world, including its famed giant pandas, a huddle of penguins, and Scotland’s only sloths. It’s also a place with rich educational activities for visitors of all ages, including school programs and opportunities to spend time with its conservation team.

The Melbourne Zoo, a nonprofit organization, is another spectacular place to see your favorite animals and even get personal with a few species with its exclusive animal encounters program. Through the program, guests can meet and greet with seals, snag before-hours tickets to have the animals all to themselves, and even get a behind-the-scenes look at the elephant habitat.

The Berlin Zoological Garden, which opened in 1844, is home to the largest variety of animals of any zoo in the world. Come see its more than 20,000 animals representing more than 1,300 species, including a few polar bears. The zoo also has a powerful conservation program, including its worldwide species conservation work that helps to save rare and endangered animals across the globe.

The Wellington Zoo was New Zealand’s first zoo, as well as the area’s oldest conservation program. At the zoo, guests can visit its chimpanzees, snow leopards, and even a few very special kiwi birds. Visitors can take part in learning programs and a few close encounters with sun bears, giraffes, and more.

The Cincinnati Zoo began as the Zoological Society of Cincinnati in 1873, making it the second-oldest zoo in the U.S. It remains a beloved destination home to plentiful animal species, including small critters like the blue death feigning beetle and large ones like the black rhino.

The Basel Zoo encompasses 27 acres of space and is home to more than 5,000 animals. Though it can be hard to keep track as the zoo is also home to a rather comprehensive breeding program, helping to save endangered animals from extinction. And a portion of every ticket goes toward continuing the program to assist even more species.

The Houston Zoo is one of the most popular zoos in America. It sees more than 2 million guests walk through its doors annually to visit its more than 6,000 animals. And all those visits help to support its global conservation work, as well as its local projects that aim to protect native animals, like the Houston toad, from extinction. 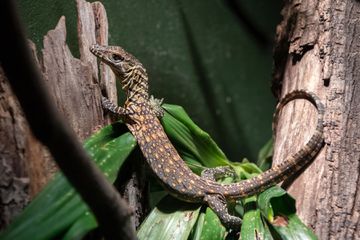 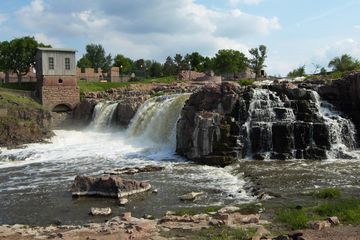 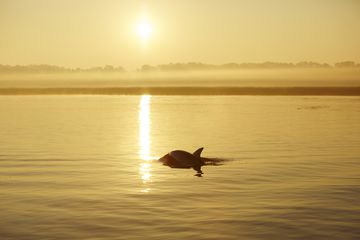 You Can Swim With Dolphins in the Wild and Adopt Baby Sea Turtles on the Best Island in the Continental U.S.
The 50 Best Places to Travel in 2023 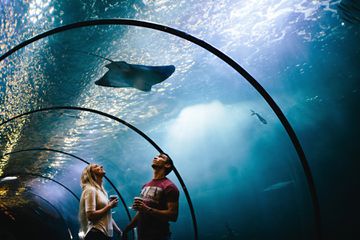 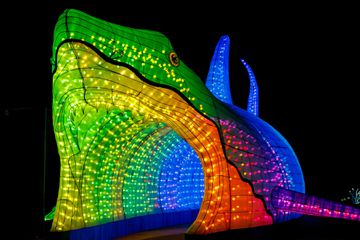