Tony Perrottet is an Australian-born historian, author, and journalist based in New York City. Tony’s love of travel began while he was studying history at Sydney University. He would regularly take off to the Australian Outback, the coast of Sumatra, and rural India. After graduating, he moved to South America, where he reported on the Shining Path war in Peru, drug-running in Colombia, and several military rebellions in Argentina. He later settled in New York City, where he’s been based for more than 15 years. He has continued to travel the world while contributing to international publications including Smithsonian Magazine (where he is a contributing writer), The New York Times, WSJ. Magazine, Condé Nast Traveler, Esquire, Outside, Afar, and London's The Sunday Times.

• Author of six books: “Off the Deep End: Travels in Forgotten Frontiers” (1997); “Pagan Holiday: On the Trail of Ancient Roman Tourists” (2002); “The Naked Olympics: The True Story of the Greek Games” (2004); “Napoleon's Privates: 2500 Years of History Unzipped” (2008); “The Sinner's Grand Tour: A Journey Through the Historical Underbelly of Europe” (2012); and “¡Cuba Libre!: Che, Fidel and the Improbable Revolution that Changed World History” (2019)
• Work selected seven times for the “Best American Travel Writing” series
• Regular television guest on the History Channel, where he has spoken about everything from the Crusades to the birth of disco 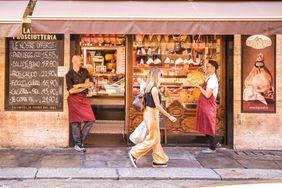 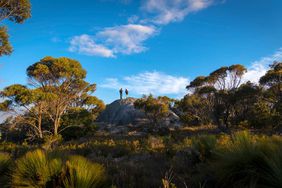