Mark Orwoll is a former international editor of Travel + Leisure, where he was on staff for 30 years, longer than any editor in the magazine's 50-year history. He has appeared on TV and radio as a travel expert more than 600 times, including more than 70 interviews on the Today Show, as well as programs on CBS, ABC, MSNBC, CNN, Fox News, BBC, and local news stations. In the early 2000s, Mark launched the many international editions of T+L as well as those of its sister magazines Food & Wine and Departures. Mark managed the team that launched T+L's first website in 1995. He has traveled to 75 countries and published more than 1,500 articles and blog posts for T+L, more than any other writer. Retired since 2017 as a full-time editor, Mark continues to write travel stories as a freelancer for T+L and other notable travel outlets. 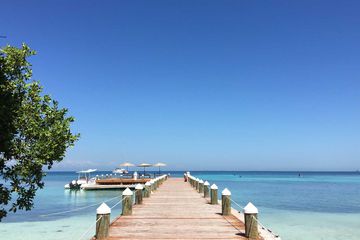 Dreaming of Your Next Caribbean Escape? Sharks and Stingrays Are Waiting at This Private Island Belize Resort