Karen Palmer is a Los Angeles-based writer with more than a decade of experience in food and lifestyle media. After graduating from culinary school in San Francisco, Karen’s first journalism job was as the food editor at the city magazine 7x7, followed by a senior editor role at DailyCandy, where she worked for three years. Her love of food journalism eventually brought her to New York City, where she became the executive editor and editorial director at Tasting Table. During her four-year tenure, she oversaw all content for the national online food and drink publication, including large-scale editorial packages and recipe development in the in-house test kitchen. She went freelance in 2016 and moved out to Los Angeles a year later. As a freelance writer and content strategist, her work has appeared in Bon Appétit, Tasting Table, Food52, Food & Wine, Eater, Thrillist, Travel + Leisure, Food & Wine, Los Angeles Magazine, Grub Street, and many others. In addition to her journalistic work, Karen created a successful French bread pizza pop-up in Los Angeles called Pain Pizza. When she’s not at her keyboard or a pizza oven, she can usually be found trying new restaurants, sweating out the carbs in an F45 class, or eagerly awaiting her next flight to a fresh destination. 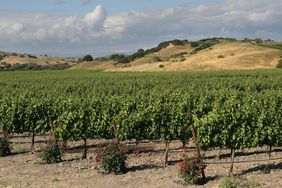