Her name is Methuselah.

Biologists at the California Academy of Sciences believe they host the world's oldest living aquarium fish in the world — and her name is Methuselah.

Scientists believe that Methuselah, an Australian lungfish, is about 90 years old. No stranger to headlines, she has been in the public eye since 1947 when her first write-up appeared in the San Francisco Chronicle, the paper noted last month.

She was brought to the San Francisco museum in 1938 directly from Australia andwas described as "a possible 'missing link' between terrestrial and aquatic animals," at the time, according to The Associated Press. She now weighs 40 pounds and measures about four feet long.

Methuselah lives off a diet of organic blackberries, grapes, romaine lettuce along with some meatier sustenance like fish, clams, prawns, and earthworms. Her favorite food is figs, although the 90-year-old is a bit persnickety, The AP mentioned. She will only eat figs when they are fresh and in season and turns the other way if frozen figs are served to her.

"We just give her the best possible care we can provide, and hopefully she thrives," Allan Jan, senior biologist at the California Academy of Sciences and the fish's keeper said.

Caretakers believe that Methuselah is female, although they are not 100% certain. The only way to know for sure is via a blood draw, which is risky given Methuselah's age. They plan to collect a tiny sample from her fin to send to researchers in Australia, who might be able to provide more information about the fish.

Methuselah has no known living lungfish around her same age, according to scientists. She won her title by default after the passing of Granddad in 2017, a 95-year-old lungfish who made his home at Chicago's Shedd Aquarium.

The lungfish is a threatened species and is no longer able to be exported from its native Australia. Because of the species' status, it is unlikely that the San Francisco aquarium will procure another fish when Methuselah dies.

The California aquarium also has two other Australian lungfish in captivity, although neither of them are as old as Methuselah. The animals can live anywhere from 60 to 100 years of age, according to Australia's Queensland Museum.

To snag tickets to see Methuselah and the lungfish, visitors can visit the California Academy of Sciences which is home to an aquarium, natural history museum, and a planetarium. All guests aged 12 years and up must present a vaccine certificate or a negative COVID-19 PCR test taken within 72 hours. 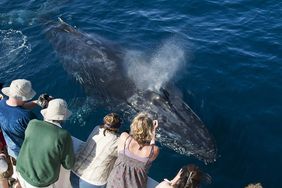 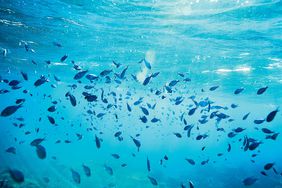