Boston's New England Aquarium accepted a ticket almost 40 years after it was purchased - thanks to some fine print.

Heading to the attraction with a "Late Gate Ticket" from the 1980s, Rachel Carle was surprised it was actually accepted for entry. The decades-old ticket was gifted to her by her great aunt, Catherine Cappiello, who has kept it since her attempted visit in 1983. Cappiello was given the after arriving at the aquarium too late in the day to see its exhibits.

The blue ticket specifically says visitors are welcome to come back "at anytime in the future."

While visiting Cappiello ahead of her move to the northeast, she gave her the old ticket in hopes she'd be able to use it.

"I didn't think it would work," Carle told The Boston Herald. "I was not ready for a confrontation about this, but I might have, for Aunt Kit's sake, I might have pushed."

When Carle presented the ticket at the aquarium, the attendant was surprised but, because the ticket didn't specify any date of expiration, it was still technically valid.

"Today the New England Aquarium honored it as my admission ticket," Carle tweeted of her experience. "Thank you @NEAQ staff for being so sweet and having a laugh with me!"

The "Late Gate" tickets were discontinued about 25 years ago Aquarium President and CEO Vikki Spruill told The Boston Herald but about once a year, someone shows up with a vintage paper ticket.

"We honor each valid admission ticket, and this was one," Spruill told the newspaper. "Forty years is a long time to be carrying that ticket around, and we're so glad she did."

The ticket now hangs in the aquarium's ticket booth as a memento. 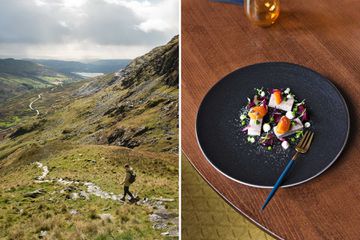