And he's the cutest thing we've ever seen.

The San Diego Zoo announced the birth of a successful pygmy hippo last week. It is the first time the endangered species has been born at the zoo in more than 30 years.

Mabel, a four-year-old pygmy hippo, gave birth on April 9. The calf has not yet been named but has been reported healthy. He “stood, walked and followed Mabel around within just a few hours of being born,” the zoo announced in a press release.

The calf now weighs 25 pounds, more than double the 12 pounds it weighed at birth. Caretakers say that the calf is surpassing milestones they typically look for in a newborn, including the ability to close its nostrils and hold its breath underwater.

His birth was also made Instagram official with an adorable video, appropriately posted on Endangered Species Day.

The zoo remains closed due to the COVID-19 pandemic but even if it were open, visitors would have to wait to see the baby pygmy hippo. Both the calf and mother won’t rejoin the main hippo exhibit until next month. At that time, the mother and calf will be rotated with the zoo’s 13-year-old male pygmy hippo, Elgon. Elgon is the calf’s father but the two will not be introduced as Pygmy hippos do not live in family groups and males do not help out in rearing their offspring.

While pygmy hippos may just look like smaller versions of more well-known hippos, there are differences between the two, mainly that Pygmy hippos are predominantly nocturnal and spend more time on land than in the water.

Pygmy hippos are an endangered species with an estimated wild population of less than 2,500. Today, they can only be found in four countries: Côte d’Ivoire, Guinea, Liberia and Sierra Leone. They typically live in rivers and streams in the forests of these countries. Logging, farming and human settlement into these forests are their main threats.

Also, recently born in quarantine were a porcupine and zebra at Disney's Animal Kingdom, which is currently closed.

Cailey Rizzo
Cailey Rizzo is a contributing writer for Travel + Leisure. She specializes in reporting on travel, culture, and the arts. She is currently based in Brooklyn.
learn more
Was this page helpful?
Thanks for your feedback!
Tell us why!
Related Articles 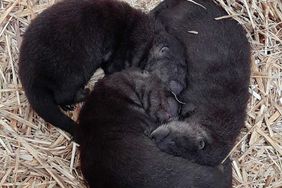 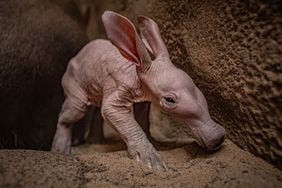 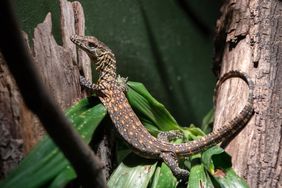