London's most iconic theater is struggling after closing due to coronavirus.

One of the most beloved and historical theaters in the world may not reopen after being empty for several months in the wake of the coronavirus pandemic.

Shakespeare's Globe Theatre in London — which has continued to stage the Bard’s famous plays, as well as other theatrical performances and tours — may be permanently closed, even after lockdown measures are lifted, CNN reported.

The theater has been closed since March in accordance with stay-at-home orders in the city. Politicians in the U.K. have warned that the lockdown may prove detrimental to the historic playhouse, which is a replica of the original theater that William Shakespeare first staged his plays, according to CNN.

According to CNN, the threat of closure mostly stems from the fact that the theater does not qualify for the Arts Council England’s emergency relief funding, despite submitting for the assistance. The theater told the BBC that it would need £5 million GBP (over $6 million USD) to stay up and running. About 95 percent of The Globe’s revenue depends on visitors who come for tours and plays, so the lack of tourists has certainly led to some financial struggles, according to the BBC.

“A little bit like every freelancer, it's very hand to mouth. We're completely dependent on income from ticket sales and everything — retail, education workshops,” said The Globe's artistic director Michelle Terry in an interview with the BBC.

MP Julian Knight said in a letter to Culture Secretary Oliver Dowden that losing The Globe would be a “tragedy,” and that the theater is “not only part of our national identity, but a leading example of the major contribution the arts make to our economy,” according to the BBC.

“As an organization that contributes so much to the UK's cultural life, that delivers public benefit, and that stewards one of the most important, recognized and well-loved buildings in the country, we would hope that we have earned the right to be supported in return through this crisis,” representatives for The Globe told the BBC.

The Globe Theatre has been continuing to engage its audiences while still in lockdown, offering an online video service where anyone can stream their favorite Globe performances. Though it isn’t free, it costs about as much as a movie rental on other paid streaming services.

The theater is submitting to organizations across the U.K. in hopes of receiving some support until the lockdown ends, according to the BBC. Hopefully, once it is safe to do so, theater lovers can return to The Globe again. 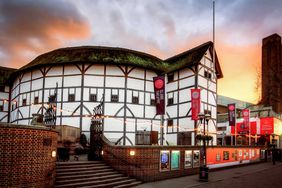 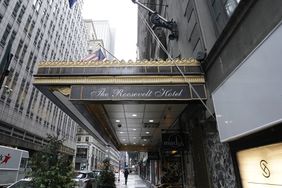 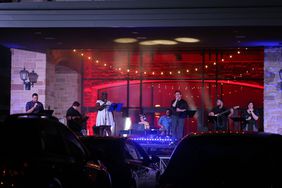