The renovations are expected to cost close to $2 million.

The Palace at Versailles is well known for its gorgeous gardens. But there’s one special part of the grand palaces gardens that has been overlooked — until now.

According to Lonely Planet, Marie Antoinette’s private garden, also known as the Queen’s Grove (Le Bosquet de la Reine), will be going under restoration to put it back to its former glory.

While the Palace itself, as well as much of its original gardens, were built during the reign of King Louis XIV (the Sun King), Marie Antoinette, wife of King Louis XVI, commissioned architect Michel-Barthélemy Hazon to redesign her own private refuge that is located close to the famous Orangerie while she still lived there, Lonely Planet reported.

After her death, the garden fell into disrepair and became overgrown. According to Architectural Digest, that combined with a bad storm that heavily damaged the entire estate in 1999, the garden has been mostly not in use.

The garden, when it was in use by the famous queen, was a more natural, less-manicured part of the palace grounds, Architectural Digest reported. Plants from North America were imported to fill out the lush garden, including Marie Antoinette’s favorite, the Virginia tulip tree. These trees were first planted this past winter ahead of the restoration project, according to Architectural Digest.

The project itself is planned to take a few years and cost up to €1.8 million ($1.96 million USD), according to Lonely Planet. The garden will be reinstated to its original design. Many of the original trees, shrubs, and flower species that Marie Antoinette loved will be replanted there as well as reproductions of furniture and sculptures that used to be there.

While the Queen’s Grove will not be open for a few years, visitors can still see the Queen’s Hamlet part of Versailles (as well as many other beautiful features) once the palace is back open after the coronavirus outbreak subsides. Or, you can take a virtual tour.

More information on the Palace at Versailles can be found on the palace’s official website. 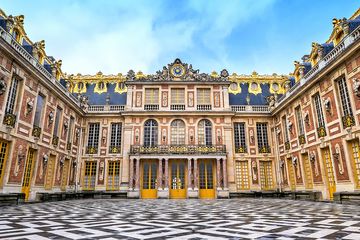 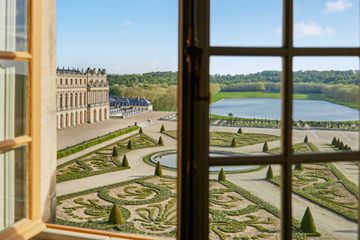