The French landmark will be restored to its "last known visual state."

Paris’s Notre Dame Cathedral will be rebuilt exactly as it was before last year’s ruinous fire. Despite several attention-grabbing proposals, Notre Dame 2.0 will not have an ultra-modern spire, and there will be no rooftop garden or swimming pool installed anywhere on the property.

French President Emmanuel Macron announced last week that the French landmark will be restored to its “last known visual state,” according to a statement from France’s Elysée Palace, according to AFP per The Local France.

"The president trusts the experts and approved the main outlines of the project presented by the chief architect which plans to reconstruct the spire identically," the statement read.

In the aftermath of the fire, deep cleaning of the Notre Dame grounds took more than a year to complete and workers have only just been able to start removing scaffolding that had been around the building for a previous renovation, according to The Associated Press. The reconstruction process won’t actually begin until 2021.

A replica of the spire — the original of which was added in 1859 by Eugène Viollet-le-Duc — will use the cathedral’s original materials “to guarantee the authenticity, harmony and coherence of this masterpiece of Gothic art.”

When plans to rebuild Notre Dame were first put forward, Macron seemed to lean towards a new and modern addition to the cathedral.

Last year, the government announced an international design competition to judge new ideas for the cathedral’s rise from the ashes. But Macron ended up taking the side of several prominent French figures who called for an identical restoration including Philippe Villeneuve, France’s chief architect for historic monuments, Culture Minister Roselyne Bachelot, Paris Mayor Anne Hidalgo and the French Senate, according to CNN.

Macron hopes that the Cathedral will once again be open by the time Paris hosts the Olympics in 2024.

In the meantime, Notre Dame's plaza is open to the public. 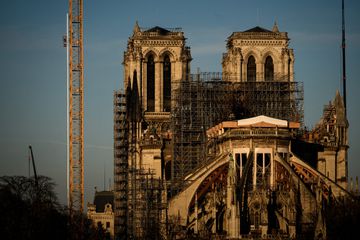 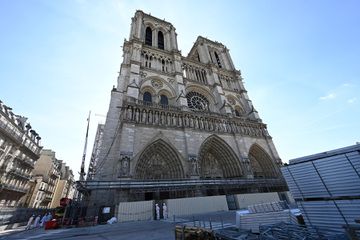 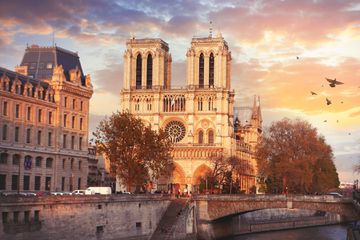 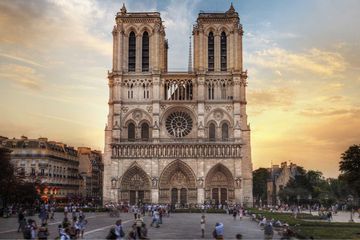 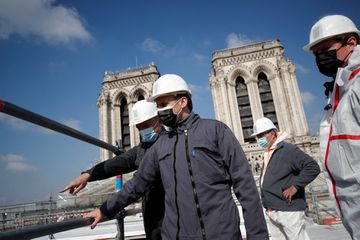 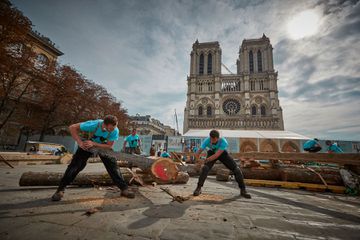 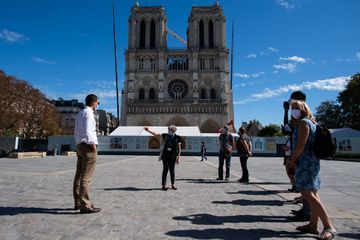 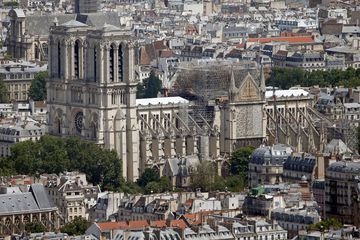 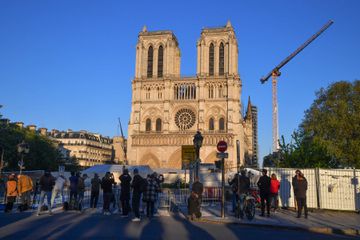 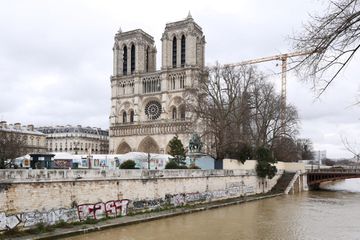 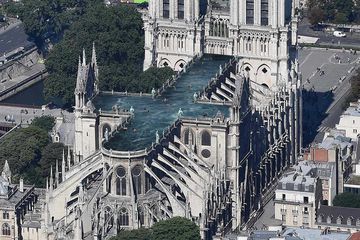 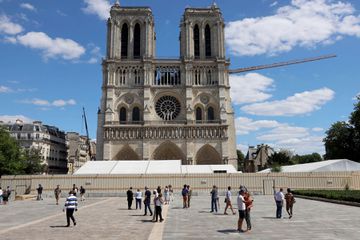 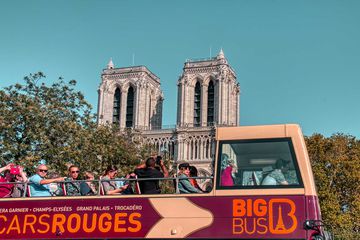