The installment is in honor of NASA's recent landing of the Perseverance rover on Mars.

It may be a while before humans can walk the face of Mars, but there are still ways to get an up-close view of the Red Planet. In honor of NASA's Perseverance rover recently completing a difficult journey to Mars, the Natural History Museum in London has unveiled a massive new replica of the planet.

Measuring about 23 feet wide, the installation by U.K. artist Luke Jerram is suspended from the ceiling in the museum's Hintze Hall. According to Lonely Planet, Hintze Hall showcases artwork from previous NASA missions, with this one paying special tribute to the Perseverance rover, which made a seven-month voyage from Earth before finally landing on Mars last week.

The rover will search for traces of past microbial life, and scientists from the museum are collaborating with NASA and the European Space Agency to help make decisions on rock and soil sampling.

The one downside? The Natural History Museum remains closed due to COVID-19 restrictions, so the public may not get to enjoy this incredible display anytime soon.

The fruits of this mission to Mars are also far off. According to the museum website, the Perseverance rover will gather "scientifically interesting Martian rock and soil samples to reconstruct the surface environment of Mars billions of years ago, when it is believed that life could have existed."

The samples, however, won't be retrieved until a later mission to Mars, planned for the early 2030s.

"The Perseverance rover has been specifically designed to search for evidence of ancient life on Mars," professor Caroline Smith, one of the museum scientists, said, according to the website. "Its ability to collect interesting samples for potential return to Earth gives us the best chance thus far to finally answer that big question of 'Was there life on Mars?' This would be one of the most significant scientific discoveries in history." 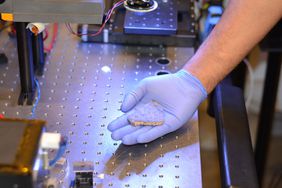 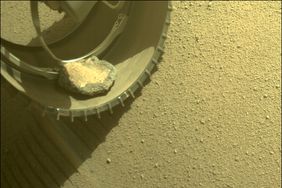 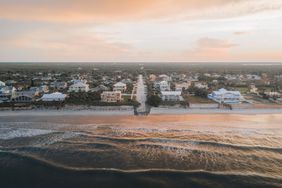 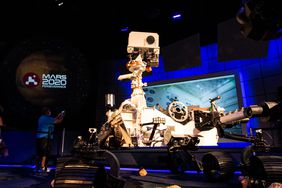 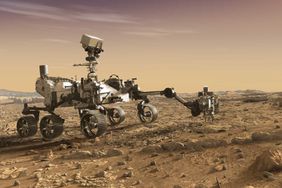 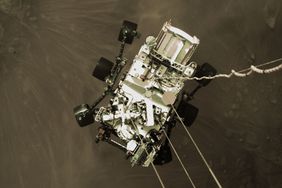