Nature and art combine in Azulik hotel's most distinctive feature.

With its crystal-blue waters for nature lovers and beautiful ruins for culture buffs, Tulum is undeniably the vacation capital of the Yucatán peninsula. It makes sense: There's an abundance of places to stay at a wide range of price points, from budget-friendly lodgings to high-end hotels. North American, European, and, more recently, South American tourists also flock there because of its accessibility — the spot is less than a two-hour drive from Cancun's airport.

The challenge to stand out among the resorts dotting Tulum's coastline has been best tackled by Azulik, a 48-villa eco-resort nestled just outside the city center. Opened in 2003, it offers an alternative understanding of luxury and meditation to visitors who are charmed by the hotel's mesmerizing architecture and connections with nature. Upon checking in, travelers submit to a new order where electricity is replaced by candlelight and access to the digital realm is limited. Azulik's founder, Eduardo Neira, commonly referred to as "Roth," spearheaded the creation of the unconventional resort. It's composed of wooden log bridges that connect the rooms and facilities, which include a spa, several restaurants, a meditation center, and an art museum called SFER IK. The whimsically designed museum is Azulik's most distinctive feature.

"It's important to confront and open visitors' conceptions, and the architecture inside our museums helps people gain their control," Roth told Travel + Leisure.

He worked with local craftsmen to orchestrate a symphony of materials and natural elements that absorbs hotel guests into an unexpected art-viewing experience. Unlike the kinds of museums that resemble white cubes, SFER IK immerses its visitors into an architectural work of art that competes with the art on view. Plants cut through pathways made out of logs while smooth concrete walls resemble drapes flowing in the wind, contrasting the woods' darker tones.

"When people leave art museums, they might feel frustrated, but here, nature and art complement each other to create meditation," added Roth, who uses the ancient Greek word museion, which means temple of the muses, to describe his vision behind SFER IK.

Azulik operates two museums located a 30-minute drive from each other — one in Tulum and one in Francisco Uh May.

In Tulum, visitors must take off their shoes before setting foot on the gallery's curving floors.

"We provide a space that favors connection and collective intelligence that engages with senses, and this process starts with removing of shoes," explained former curator Claudia Paetzold.

The property's second museum in Francisco Uh May promises a stimulation of the senses at a massive scale. This second, bigger museum is architecturally similar to its Tulum satellite — it equally reflects Roth's architectural sensibility, but its soaring ceilings and tucked-away nooks allow for larger exhibitions. 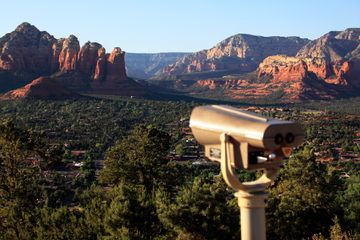