Celebrated artworks are so much more than beautiful pictures. The likes of Michelangelo, da Vinci, and van Gogh were as much masters of allegory and symbolism as they were of paintbrush and canvas, and their masterworks, which hang in revered museums around the world, have been poured over by historians and curators for years. Though instantly recognizable, many contain secret meanings, unsolved riddles, and even hidden images in their many layers of oil and varnish. Read on for 11 paintings worth a closer look.

God rides a brain in the Sistine Chapel

Among Michelangelo’s venerable ceiling murals inside the Vatican’s Sistine Chapel is arguably the most iconic depiction of man’s relationship to God. In The Creation of Adam, an indifferent Adam, lounging languidly on Earth, offers a drooping hand to God, who stretches his own arm from the sky, surrounded by an entourage of angels and a red cloak forming a peculiarly familiar shape: a near perfect resemblance to the human brain, complete with the cerebellum and vertebral artery. One interpretation is that God is attempting to impart divine knowledge to man; another is a covert attack by the artist at the church for its rejection of science. It may come as no surprise that the master of anatomy himself, Michelangelo, counted cadaver dissecting as a hobby.

…while an angel flips off Pope Julius II

The ceiling of the Sistine Chapel, which depicts multiple scenes from the Book of Genesis, is considered one of Michelangelo’s greatest masterpieces. And while the artist spent four years completing the many panels of the work, he was never on good terms with his patron, Pope Julius II, whose aggressive papacy and fight for power earned him the nickname Il Papa Terribile. Above the door the pope would use for entry into the chapel, Michelangelo painted Julius’s likeness on the face of the prophet Zechariah. Behind him are two angels, one of which is giving “the fig” with his fingers—a rather uncouth old-world gesture—at the Pope himself. Collected soot and a high positioning above the floor still prevent most, if not all, onlookers from catching this little detail.

Alien encounters in The Madonna with Saint Giovannino

The Madonna with Saint Giovannino, painted in the 15th century by Italian Renaissance artist Domenico Ghirlandaio and housed in Florence’s Palazzo Vecchio, depicts Mary praying over baby Jesus. To the right of her head is a distinctly recognizable shape of a UFO, with a man in the background shielding his eyes to gaze up at it. The belief that life exists beyond our own planet rang true as far back as the 1400s.

The many, many mysteries of da Vinci’s Mona Lisa

Da Vinci’s smiling La Gioconda at the Louvre in Paris is the most recognizable painting in the world, perhaps because it remains an unsolved riddle—a nameless woman and her torturously enigmatic expression. Who was she? What did she mean to da Vinci? Is she truly smiling? Hidden messages and clues continue to be discovered, from the artist’s initials “LV” in her right eye to the number 72 marked in the arch of the bridge. Theorists estimate that at the time of her sitting, the woman was pregnant due to her arms covering her stomach and a veil around her shoulders often worn by Italian Renaissance women who are expecting or have recently delivered. Recently, French scientist Pascal Cotte discovered another painting lurking beneath the surface, likely an earlier version and a real-to-life portrait of Lisa del Giocondo, his subject. Why she was then painted over is anyone’s guess.

Jan van Eyck hid a self-portrait in The Arnolfini Portrait

Jan van Eyck’s 1434 painting The Arnolfini Portrait, which now hangs at the National Gallery in London, is a beautiful depiction of a wife and her husband and shows off Eyck’s fascination with the effects of light—seen in the intricate folds of her pleated dress, the gilt chandelier above their heads, and the spherical mirror that hangs on the opposite wall, reflecting the scene back to viewers. One would need a magnifying glass to make out the two other figures painted in that reflection, standing where the viewer presumably would. One is likely the artist himself, with his arm raised as if in greeting.

The science behind Botticelli’s Primavera

The 1482 elongated panel painting that hangs in Florence’s Uffizi Gallery, reminiscent of Flemish tapestries made during the time, is another of the better-known pieces of Western art. Viewers will spy mythological creatures including Venus, Mercury, and the Three Graces, as well as an extreme—you could say obsessive—attention to detail in the pastoral garden background. In truth, the painting depicts at least 500 species of plants, all of which have been identified by botanists, and includes some 190 separate kinds of flowers.

Picasso’s cover-up in The Old Guitarist

Money ran especially low during Picasso’s Blue Period from 1901 through 1904, so the artist took to repurposing and reusing what supplies he already owned. The Old Guitarist, one of his more haunting and iconic pieces made during that time, was actually painted over a previous work. If you look closely at the man’s neck, you can see the obvious outline of a woman’s face and figure—the contours of which have become increasingly more apparent due to the fading blue paints.

A whale is rescued in View of Scheveningen Sands

The beach scene by Dutch Golden Age painter Hendrick van Anthonissen hung in the University of Cambridge’s Fitzwilliam Museum for over a century before a student conservator took a closer look at the tight-knit crowds on its wintertime beach, and questioned why they had congregated there. Removing a yellowing coat of varnish during the work’s restoration revealed a beached whale, which had been previously painted over—possibly to make the work more marketable. The figure has been reinstated, and the painting is now on permanent display as it was originally intended.

The details in da Vinci’s The Last Supper, which depicts Jesus’s final meal with his 12 disciples, have been studied and speculated about for centuries. One of the many theories focuses on the sundial positioned over the head of Jesus, said to predict a universal flood in the year 4006, signaling the end of the world. Another is even more compelling: in 2007, Italian musician Giovanni Maria Pala found that the positions of the loaves of bread and the Apostles’ hands, when read from right to left (according to da Vinci’s own unique writing style) form a 40-second musical composition echoing a requiem. Da Vinci himself was an accomplished musician and inventor, so it is quite plausible that he may have done this on purpose. (It only took us five centuries to discover it.)

Some call it a stretch, but there is a strong theory that Vincent Van Gogh’s Café Terrace at Night is a reference to the Last Supper. In it, 12 discernible diners seated at a sidewalk café in Arles surround a central figure with long hair backed by a cross—and a shadowy individual, perhaps Judas, leaving the scene. Van Gogh himself was the son of a minister and originally wished to follow in his father’s footsteps before pursuing art full time in his late 20s.

Virginie Amélie Avegno Gautreau was a 19th century socialite and American expatriate who gained status in Parisian society for her looks (as well as her adulterous tendencies). Hoping to gain traction in his career, fellow expatriate Jon Singer Sargent painted her portrait for the Paris Salon of 1884, in which she poses suggestively in a black gown with jeweled shoulder straps, one of which fell down her right shoulder. During the Salon showing, people were scandalized by the portrayed sexual nature of such a high society figure, so much so that Sargent repainted her strap to appear securely in place, renamed the piece from Portrait de Mme *** to Madame X, and soon left Paris to flee further humiliation. He sold the piece to New York’s Metropolitan Museum of Art in 1916, where it hangs today. 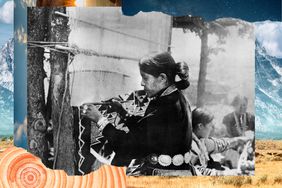 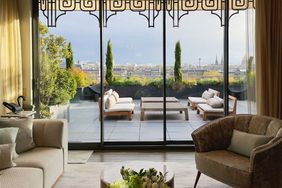