He was so ashamed of its tilt, he disappeared.

Archaeologists from a university in Pisa believe they have officially confirmed the identity of the city’s famous Leaning Tower.

A man by the name of Bonanno Pisano remained a mystery for so long because he was embarrassed of his creation’s tilt.

“The poor man died deluded, never realizing what a marvel it would be centuries later,” Professor Ammannati, a paleography (the study of ancient writing) expert at Pisa’s Scuola Normale Superiore, told the Times of London.

A stone bearing Bonanno’s name in Latin was embedded in the base of the tower and found during an 1838 excavation. This year, paleographers from Pisa’s Scuola Normale Superiore were finally able to analyze lines etched onto the stone which translate into: “I, who without doubt have erected this marvellous work that is above all others, am the citizen of Pisa by the name of Bonanno.” They believe this finally proves that Bonanno was the tower’s architect.

When the bell tower of Santa Maria Assunta began construction in 1173, Bonanno intended it to be a grand monument to God. But, by the time workers reached the third level of the tower, it became clear that it was tilted. It’s believed that Bonanno was so distraught over his masterpiece’s lean that he disappeared into obscurity.

Throughout the years architects Gherardo di Gherardo and Giovani di Simone were also believed to be behind the monument which is now a UNESCO World Heritage Site.

The stone was previously believed to have been taken from Bonanno’s sarcophagus.

But this is not the first time Pisano has been believed to have constructed the famous tower. Back in the 16th century, a biographer by the name of Giorgio Vasari also claimed that Bonanno was the man behind the leaning tower.

Bonanno also created the bronze doorways of the Pisa cathedral. 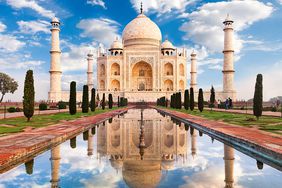