Peruvian archaeologists, historians and conservationists are banding together to petition against a new airport at Machu Picchu.

The famous Incan ruin is Peru’s most famous tourist attraction, bringing in almost 1.5 million people in 2017 alone, according to The Guardian. In order to bring more people to the landmark, the Peruvian government has begun construction on an airport that would allow direct international flights.

Plans for the airport were announced back in 2012. But it was only earlier this year that bulldozers arrived to begin clearing ground at Chinchero, an Incan town considered to be the gateway to the Sacred Valley.

To get to Machu Picchu, tourists currently must fly into Cusco Airport, located about 50 miles south of the site. From there, a train or a bus will take visitors to the ancient citadel. The airport only has one runway, capable of carrying only narrow-body planes.

But the proposed Chinchero Airport would be capable of accommodating larger jets, allowing for direct flights from the U.S. to land close to the historic landmark.

Almost 6,000 people have signed a petition to stop construction of the airport, saying that the project would cause “irreparable damage to the culture of Peru and humanity.”

“This is a built landscape; there are terraces and routes which were designed by the Incas,” Natalia Majluf, a Peruvian art historian at Cambridge University, told The Guardian. “Putting an airport here would destroy it.”

Some people fear that a new international airport would create a storm of businesses competing for a slice of tourism money, with hotels and chain restaurants popping up overnight. Others have expressed concern that the noise from the airport would bring noise and air pollution to some of Peru’s most sacred and historical sites.

The Peruvian government still plans to move forward with the project, with the land expected to be completely cleared by September, according to the magazine Science. 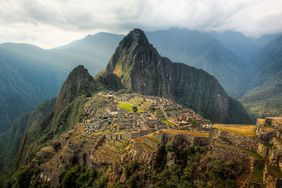 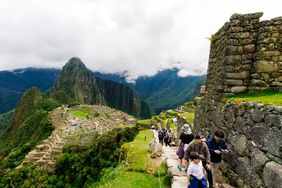 The Best Solo Trips to Take Before the Year Is Over 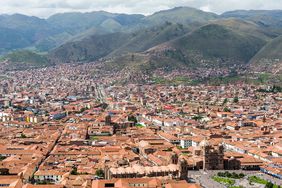 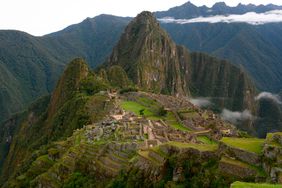