In Mexico, May 5 marks the anniversary of the Battle of Puebla.

There are many celebrations and stories surrounding Cinco de Mayo, or the fifth of May, around the world. The legendary date has grown beyond its history and has become a cultural bond between some Mexican immigrants and their roots. In the United States, the date has become synonymous with celebrating Mexican culture, many times in over-the-top, inauthentic ways. In Mexico, May 5 simply marks the anniversary of the Battle of Puebla, and the date is associated with a destination: the city of Puebla.

The holiday remembers the battle, which took place there in 1862, when Napoleon III sent his troops to invade the country, citing that Mexico was in debt to France. The Mexican army was outnumbered, and the French were considered one of the most powerful armed forces. However, the 2,000 Mexican soldiers and about 2,700 armed civilians managed to defeat the 6,000 French on that historic day. The Mexican leader was General Ignacio Zaragoza, and after that day the city's name was changed to Puebla de Zaragoza in his honor.

Every year, the fifth of May is celebrated in Puebla with an impressive military parade that remembers the bravery of the Mexican troops who fought that day. More than 10,000 people take part, between musicians, soldiers, sailors, and dancers. The parade is mostly focused on showcasing different military schools, where soldiers in pristine uniforms march with perfect formations at the pace of the marching band. The contingents are followed by about 10 floats that show different moments in Puebla's history. Of course, one of them is the battle, but others represent additional facets of the city, including the magical towns surrounding it, its Baroque architecture, the iconic Popocatepetl volcano, and more.

Every year, spectators can't wait for two key moments: the performances by the indigenous communities and the charros. There are many indigenous communities around the city of Puebla, and they get to show some of their culture during the parade, presenting their traditional wardrobes, traditions, and dance. Mexican cowboys and cowgirls — charros and escaramuzas, as they are called in Spanish — are always a spectacle, and that's why they tend to be the final part of the parade. They come in with their traditional dress, beautiful horses, and impactful skills to end the day on a boisterous and cheerful note.

The parade lasts a couple of hours, but that's not the end of the celebration. During this time the city throws a month-long fair that extends the revelry. Puebla's fair has a long lineup of artists, rides, artistic performances, crafts exhibitions, and plenty of food. The fair pays tribute to Puebla's culture, and gastronomy is a big part of that. Attendees can find some of the most traditional dishes, like mole, sweet potatoes, and typical candies, including the iconic borrachitos (little drunks) — jelly fruit candies soaked in tequila or rum and covered with sugar. Unfortunately, this year the fair and the parade had to be canceled to prevent the spread of COVID-19.

The Battle of Puebla is more than just a date in this city. If you want to know more about it and explore this moment in history, you can visit the sites where the battle took place.

One of the most exciting places to visit is the complex underground tunnel network that runs throughout the city. These tunnels are centuries old, and they connect key places in Puebla. There's a specific section that connects the forts where the battle was fought with the general's quarters. It's believed that he went through these underground passages to protect himself and strategize. Now, it's possible to take a tour of the half-mile "Historic Passage of Cinco de Mayo." The tunnels are illuminated in purple and green, and guides take visitors through the secrets behind the ancient walls.

The exact spot where the battle took place has two forts: Loreto and Guadalupe. These were originally built as Catholic temples at the top of a hill dedicated to the virgins they're named after. They were turned into military fortresses in the early 1800s, and now they have been rehabilitated to receive visitors who want to walk through history. The forts have some original remnants from the battle, such as cannons, and each one has a museum that takes visitors deeper into its evolution, meaning, and history.

At the Fort of Loreto, the Museum of the Interventions tells the complete story of the battle, from the previous events that led to the armed conflict, to the moment the French were removed from power a few years after the battle. Within the different areas there are original objects from the 19th century, including weapons, flags, official documents, paintings, and military uniforms. Some of the most valuable pieces are the letters President Benito Juárez wrote to General Zaragoza before and after the battle. This museum also has an area dedicated to the famous painter Diego Rivera.

Although smaller, the museum at the Fort of Guadalupe complements the story in an interactive way. Here, there's a narration of the battle with multimedia materials that take visitors into the battlefield. Additionally, it's possible to learn about the evolution of the building itself, and how it transformed from a place of worship to a key location in a historic armed conflict.

The forts are in a neighborhood that has in recent years developed its tourism offerings so visitors can enjoy a deeper Puebla experience. In 2016, the International Baroque Museum opened its doors and modernized the cultural ecosystem of the city starting with the building itself, designed by Pritzker-winning architect Toyo Ito. The area also has a new park with a planetarium, bike path, and cable car that takes people to one of the best views of the city, starring the Popocatepetl volcano. 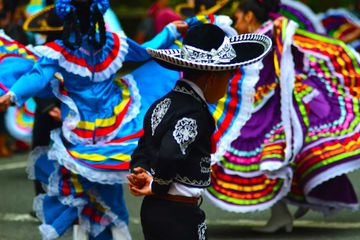 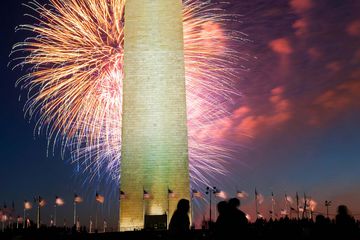 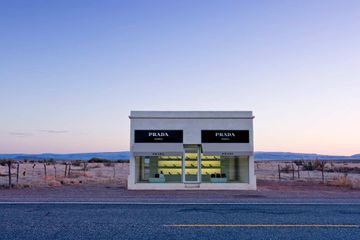 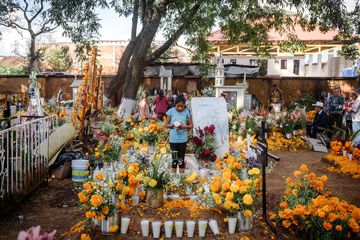